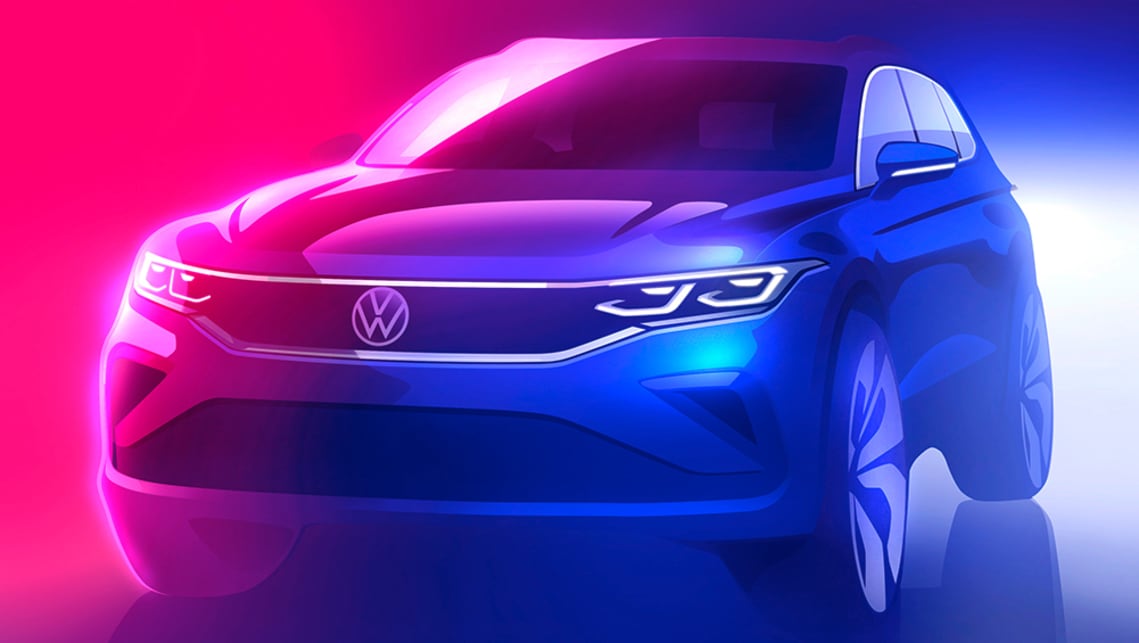 Volkswagen has released a teaser sketch of the second-generation Tiguan mid-size SUV’s midlife facelift, which is due in Australia in about a year.

Speaking to CarsGuide, a Volkswagen Australia spokesperson said the new Tiguan will go on sale locally early in the second quarter of 2021, with its launch date already adjusted due to factory closures caused by the ongoing global coronavirus (COVID-19) pandemic.

And fans of high-performance SUVs are in luck, as Volkswagen Australia is very interested in adding the Tiguan’s new R flagship to its line-up.

The Tiguan R was spied testing without camouflage at the Nurburgring this week and is expected to be powered by the same engine as the yet-to-be-revealed second-generation Golf R hot hatch.

The familiar 2.0-litre turbo-petrol four-cylinder unit in question is will produce up to 245kW of power, as per an internal Volkswagen presentation leaked in January.

Just like Golf R, the Tiguan R is expected to mate this engine with a seven-speed dual-clutch automatic transmission and Volkswagen’s 4Motion all-wheel-drive system.

As for the non-performance Tiguan, the facelift will introduce a redesigned front fascia, including new LED headlights inspired by the incoming eighth-generation Golf small car.

The teaser sketch also hints at a fresh wedge-shaped grille with Volkswagen’s redesigned logo sitting front and centre, as well as new versions of the Tiguan’s bonnet and bumper.

The Mazda CX-5 rival is also expected to get a fresh multimedia system, while a plug-in hybrid powertrain will be available in Europe for the first time. Don’t expect Volkswagen Australia to take the latter, though, as it will instead push on with its all-electric plans.