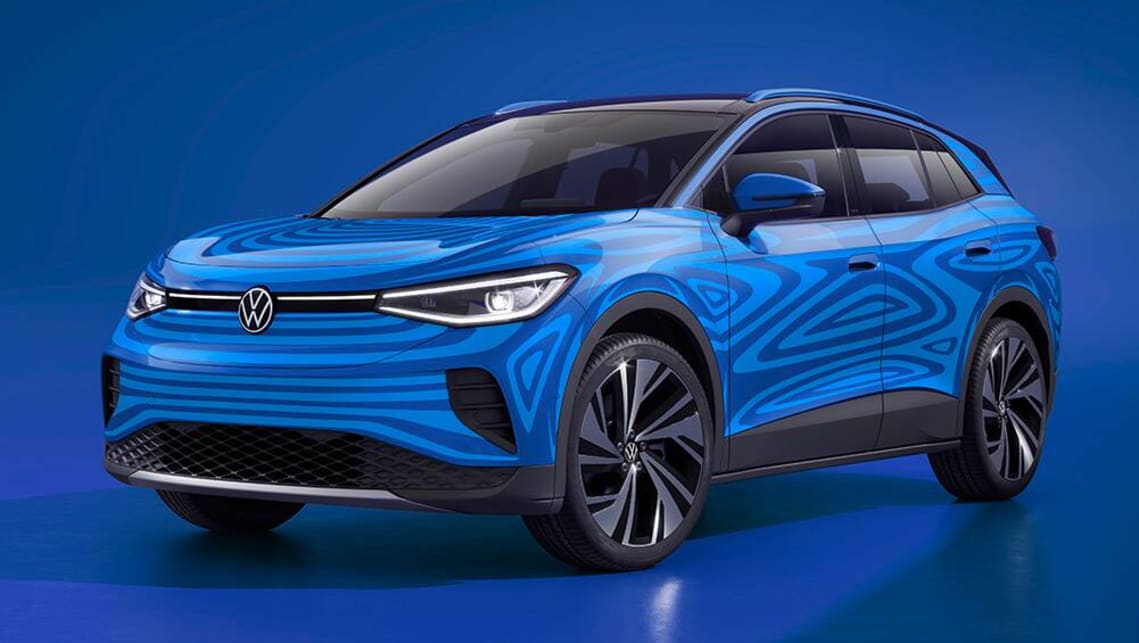 Volkswagen has shown off its first production-ready emissions-free SUV, dubbed ID.4, that is expected to spearhead the brand’s all-electric offensive Down Under in 2022.

However, international markets will be able to snap up the ID.4 later this year, but Australians will have to wait a few years as Volkswagen prioritises markets with more stringent fleet emissions regulations.

Built on the same MEB platform as the ID.3 small hatchback, the ID.4 small SUV will likely be offered with the same 45kWh battery pack in base form for a 330km driving range when tested under WLTP standards.

VW will also offer a 58kWh and 77kWh version of the ID.3 to boost driving range to 420km and 550km respectively, which could also be available on the ID.4.

However, VW is yet to reveal any powertrain details of the ID.4, with VW COO Ralf Brandstatter stating: “The outstanding aerodynamics reduce the drag coefficient, and it will boost the ID.4’s range to up to 500 kilometres, depending on the drive package.”

The brand also revealed that the all-electric SUV will launch in rear-wheel-drive form before being made available with all-wheel drive in future.

The battery in the ID.4 is located in the underfloor of the body for optimum weight distribution and to maximise interior space, according to VW.

Drivers will also be treated to a fully digital instrument cluster, while multimedia and climate controls will be housed in a touchscreen unit that will also respond to voice commands.

Based on the ID.Crozz concept revealed at 2017’s Frankfurt motor show, the production-ready ID.4 carries over much of the same design language.

Black-plastic wheelarch cladding denotes its SUV form, while the material also appears alongside the doors, and front and rear bumpers.

The ID.4 also wears slim head- and tail-lights, which are connected by a light strip, as well as a subtle roof spoiler and roof racks.