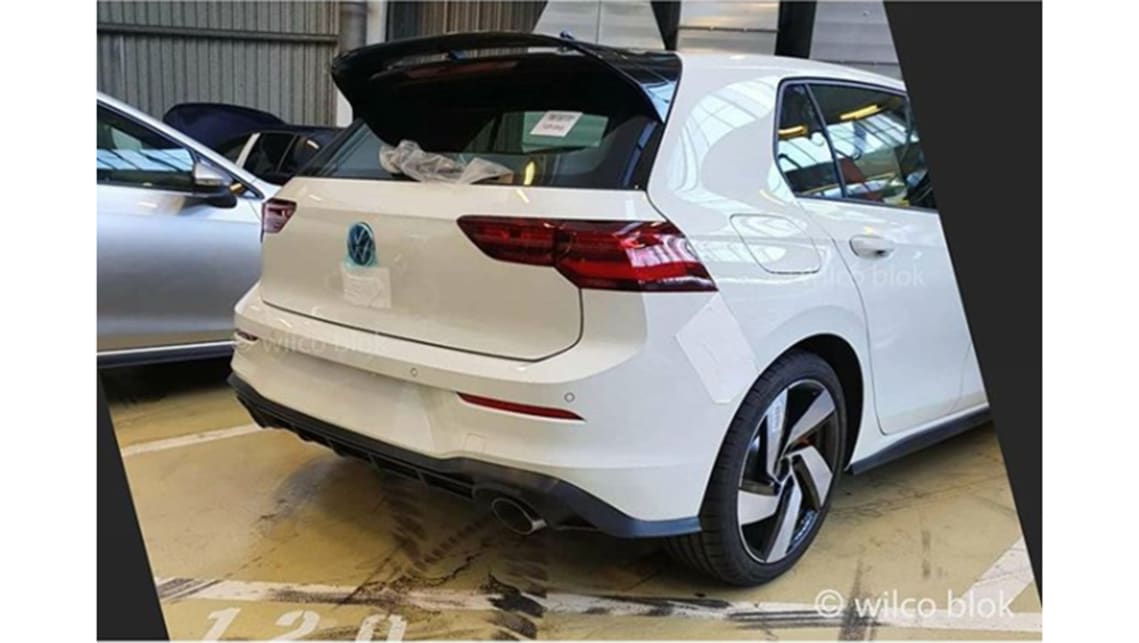 The new-generation Volkswagen Golf hot hatches will seemingly be more powerful than their predecessors, with fresh details on the GTI and R variants set for Australia appearing to leak on social media overnight.

Posted to Instagram by CocheSpias, a slide that appears to be from an internal Volkswagen presentation shows the power outputs of the upcoming GTI, GTD, GTE, GTI TCR and R versions of the eighth-generation Golf.

Specifically, the slides show the GTI will produce 180kW, which is the same power output Volkswagen Australia previously told CarsGuide it will develop when it launches alongside the regular Golf range later this year.

The carryover 2.0-litre turbo-petrol four-cylinder engine under the GTI’s bonnet will also produce 370Nm of torque locally. Both outputs are unchanged over the current model sold Down Under. For reference, a limited-slip differential has also been promised.

That said, the slides also show a more potent GTI, with the TCR to seemingly return for another stint, except this time it’ll supposedly pack a 221kW punch – 8kW more than the previous variant due in Australia in the middle of this year makes.

According to the slide, though, bragging rights will still belong to the R, which is upping the ante even further, to 245kW – a 17kW increase over the peak of the current model.

It’s important to note local versions of the existing R only develop 213kW due to Australia’s classification as a “hot climate”, although Volkswagen has since reversed this categorisation, meaning buyers should gain access to the full-fat variant when it arrives early next year.

The slide also shows the turbo-diesel GTD and plug-in hybrid GTE versions will produce 147kW and 180kW respectively, but both have been ruled out locally.

While front and rear images of all five hot hatches are included on the slide, its low resolution means they’re hard to digest.

Behold the alleged power outputs of the new Golf hot hatches! And some low-res images of them. (image credit: CocheSpias)

That said, it appears the GTI, GTD and GTE will unsurprisingly be identically styled up front, with a gaping air intake and large daytime running lights (DRLs) featuring prominently. The same alloy wheels will be used, too.

A separate alleged leak posted to Instagram by Wilco Blok has, however, provided a better look at the GTI’s rear end, which incorporates a sporty diffuser and a surprisingly large hatch-mounted spoiler.

Meanwhile, the GTI TCR and R will seemingly share their Lamborghini-esque front bumpers, although the former will share its dual exhaust tailpipes with the GTI, while the R will stick with its quad set-up.

The GTI will reportedly be revealed at the Geneva motor show next month, while the R will make its debut at the Goodwood Festival of Speed in July.