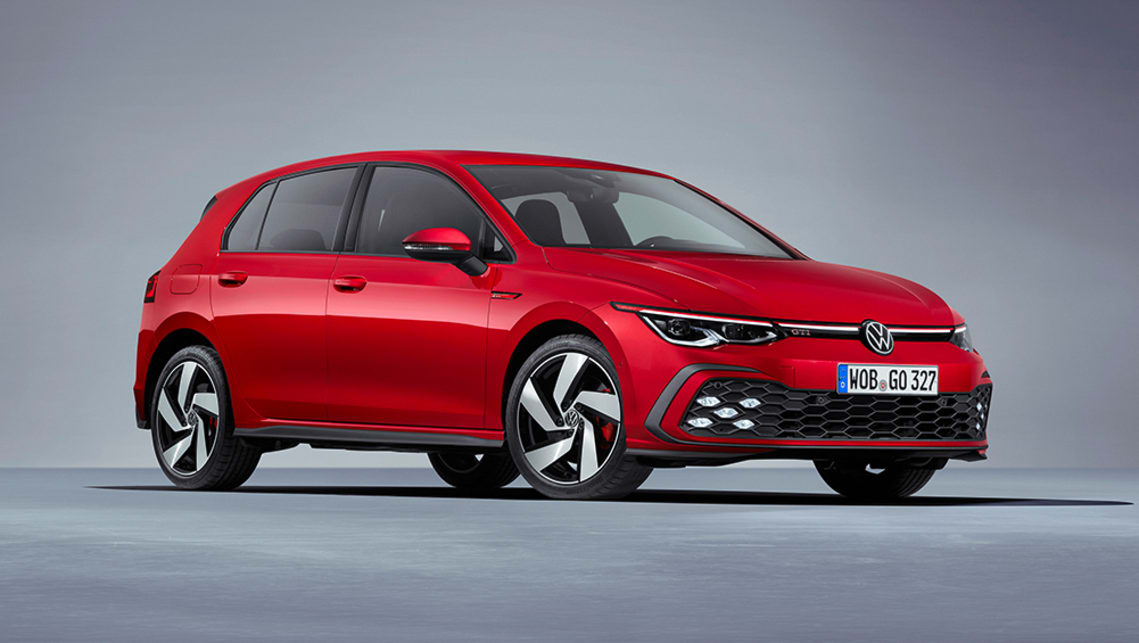 Volkswagen has revealed the new-generation Golf GTI hot hatch, which will launch in Australia early next year, just after the regular small-car range.

The Golf GTI is powered by the same 180kW/370Nm 2.0-litre turbo-petrol four-cylinder engine as before, with it driving the front wheels exclusively via a six-speed manual or a seven-speed dual-clutch automatic.

Australian versions will be fitted with a front limited-slip differential as standard, as per the current model.

Suspension-wise, the Golf GTI once again has MacPherson struts up front and multi links at the rear, while adaptive dampers for both axles are available.

Up front, the Golf GTI now has an LED light bar connecting its headlights, while its carryover red accent line sweeps from side to side above this new design signature.

However, fans are more likely to notice the Golf GTI’s new honeycomb air intake, which covers most of its front bumper and is punctuated by new X-shaped LED foglights and C-shaped black trim.

From the side, changes over the regular Golf are subtler, with the GTI picking up 17-inch Richmond alloy wheels (18- and 19-inch items are option), red brake callipers, black side skirts and ‘GTI’ badging.

The GTI’s rear end stands out from the Golf crowd with a tailgate spoiler, a diffuser, dual exhaust tailpipes and centralised ‘GTI’ lettering.

Tartan cloth upholstery is back, albeit with a new twist.

Pricing and specification for the new Hyundai i30 N rival will be announced closer to its launch. For reference, the current automatic-only model is priced from $46,690 plus on-road costs.

As reported, a more potent Golf GTI TCR also appears to the on the way with a 221kW punch, although it’s yet to be officially confirmed, let alone for Australia.

We do, however, know the next Golf R will arrive Down Under early next year, and it’s expected to be armed with 245kW.

Turbo-diesel GTD and plug-in hybrid GTE versions of the Golf were revealed alongside the GTI, but neither will make it to Australia.