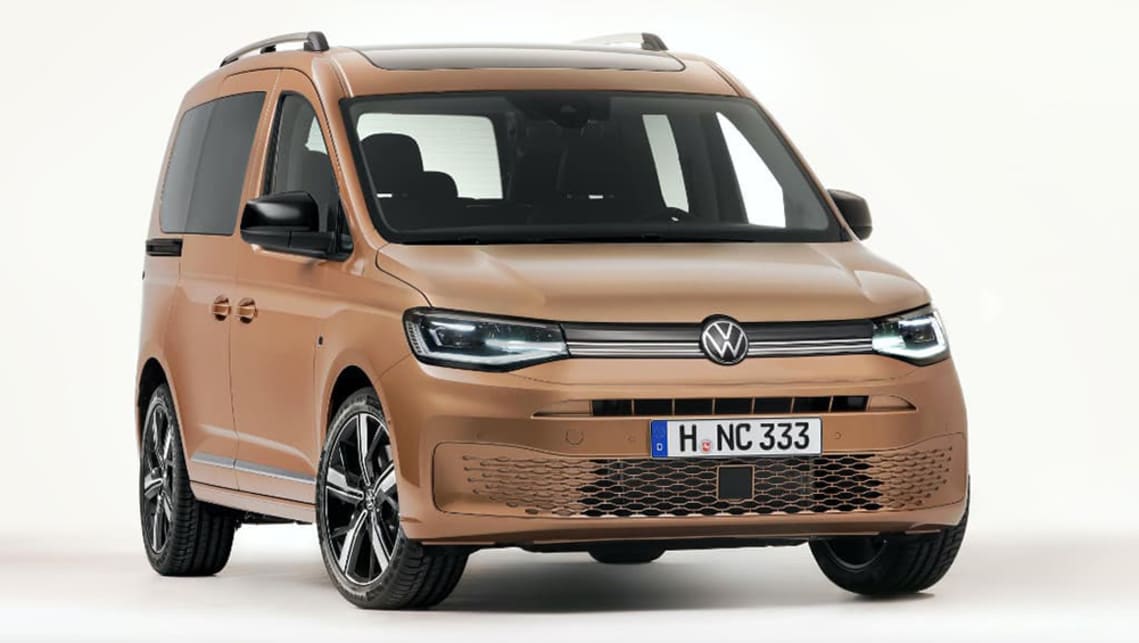 Volkswagen has revealed the fifth-generation Caddy light-commercial vehicle ahead of its arrival in Australian showrooms early next year.

Offered in van and people-mover body styles, the longer (+93mm) and wider (+62mm) Caddy moves to Volkswagen’s ubiquitous MQB platform, which is shared with the soon-to-be-released eighth-generation Golf small car.

As reported, while evolutionary, the Caddy’s exterior design is sportier than before, as highlighted by the large honeycomb air intake in the front bumper, while the rear end now features slim tail-lights that stretch from the roof to the lower section of the tailgate.

While images of the Caddy’s new cabin are yet to be released, the touchscreen multimedia system is offered in three sizes: 6.25, 8.25 or 10.0 inches. A 10.25-inch digital instrument cluster is also available.

Buyers will even be able to option a panoramic sunroof.

The rear end now features slim tail-lights that stretch from the roof to the lower section of the tailgate.

There are numerous advanced driver-assist systems, including adaptive cruise control with stop and go functionality, blind-spot monitoring and rear cross-traffic alert as well as trailer assist.

Two turbocharged four-cylinder engines are on offer overseas, including an 85kW 1.5-litre petrol and a 2.0-litre diesel (55kW, 75kW and 90kW tunes).

Transmission options include a six-speed manual and a seven-speed dual-clutch automatic. Front- and all-wheel drivetrains are also available.

Local pricing and specification will be announced closer to the Caddy’s early 2021 launch.