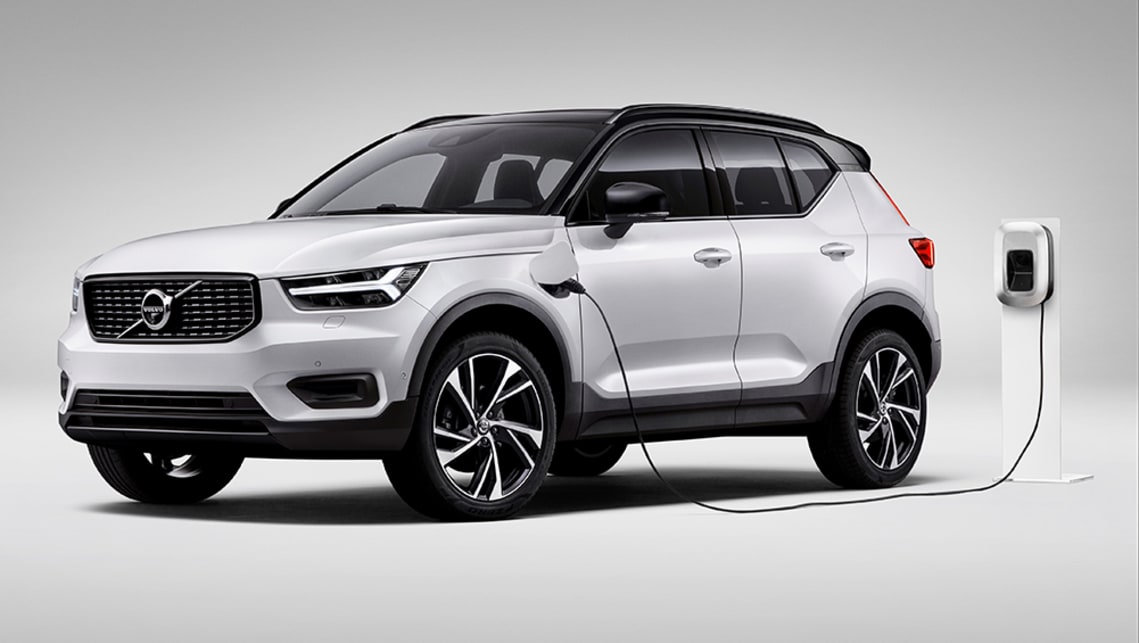 Priced from $64,990 plus on-road costs and exclusively offered in R-Design form, the Recharge Plug-in Hybrid will sit atop the XC40 line-up when it takes over flagship responsibilities from the conventionally powered T5 R-Design ($56,990) from the third quarter.

At the same time, the cost of entry into a PHEV from Volvo Australia will be reduced by $20,000, with the $84,990 S60 T8 R-Design mid-size sedan having led the charge, both figuratively and literally, since its launch last September.

As reported, the Recharge Plug-in Hybrid combines a 134kW/265Nm 1.5-litre turbo-petrol three-cylinder engine with a 61kW/160Nm electric motor for a maximum system power output of 195kW.

The new XC40 flagship has a 10.7kWh lithium-ion battery that provides 46km of pure-electric driving range (WLTP) and can be recharged in as little as 2.5 hours with the right fast charger. Fuel consumption on the combined-cycle test is 2.0 litres per 100 kilometres.

The Recharge Plug-in Hybrid is mated to a seven-speed dual-clutch automatic transmission and is front-wheel drive. This combination helps it sprint from a standstill to 100km/h in 7.3 seconds while on the way to its top speed of 204km/h.

Full specification for the Recharge Plug-in Hybrid will be released closer to its launch.

The XC40’s line-up will further expand when the Recharge Pure Electric arrives in mid-2021, motivated by a 300kW/660Nm dual-motor powertrain and a 78kWh lithium-ion battery that provides more than 400km of driving range.