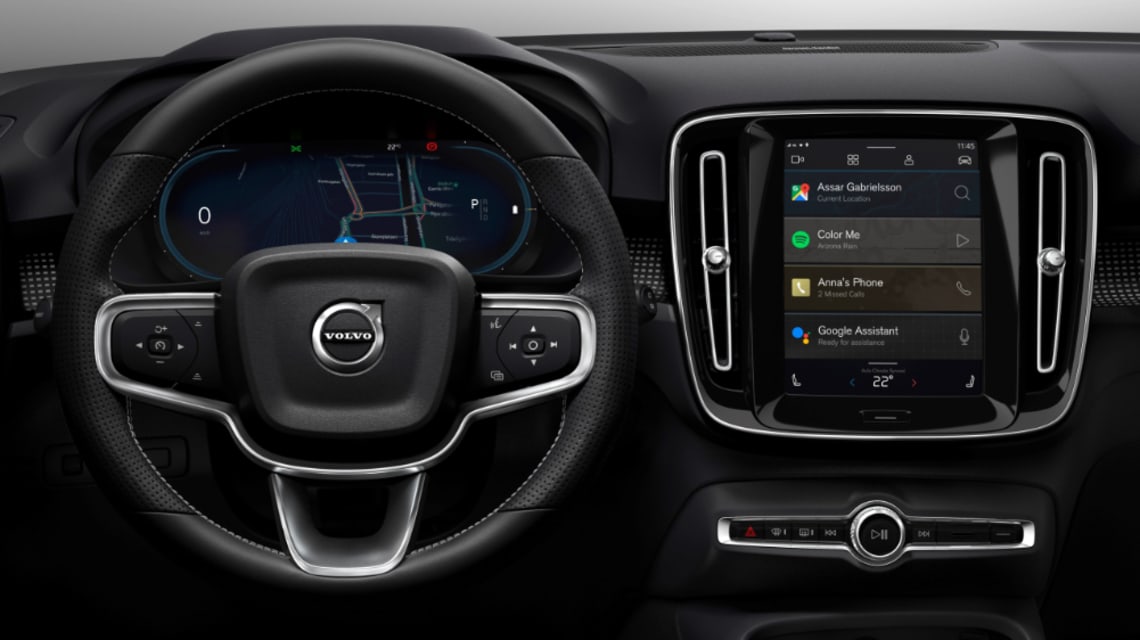 Volvo has just upped the phone-integration ante, confirming its all-electric XC40 will essentially be one big mobile device, given it’s the first vehicle to feature a Google-developed, Android-powered multimedia system.

The system, says Volvo, is designed to operate like your phone, giving driver’s access to all key Android (and thus Google) features, as well as over-the-air updates to keep the operating system up to date.

The system was built in collaboration with Google, and so the search giant’s functionality is all over the XC40, including Google Assistant, Google Maps and the Google Play Store.

“We are finally giving you the same experience in your car that you’re used to on your phone, but adapted for safe interaction while driving,” says Volvo’s chief technology officer, Henrik Green.

“And by introducing over-the-air updates for everything from maintenance to completely new features, the car can stay as fresh as your other digital products, always with the latest and greatest features.”

And it sounds as though Volvo will be opening up the XC40 EV to third-party developers, saying that “one of the best features of Android Automotive OS is that it is an Android operating system familiar to millions of developers, tailored to run in the car. Additional music and media apps optimised and adapted for cars will be available through the Google Play Store.”

The all-electric XC40, the Swedish brand’s first full EV, will be revealed on October 16, and has already been confirmed for Australia, with the brand’s local arm targeting a late-2020 launch.

“It’s due to launch next year, we’re still working on exact timing for Australia. Hopefully it will be here in 2020,” says  Volvo Australia’s managing director, Nick Connor.

While pricing and specification details are some way off being confirmed, we do know that you shouldn’t expect the all-electric XC40 to be cheap, with Mr Connor telling CarsGuide that “people are prepared to spend quite a bit of money on a car that size”.

“The price is also still to be determined. I really don’t know where it will end up. Clearly there will be a level of price sensitivity in the market, but having said that, we’re selling circa-$75,000 XC40s today,” he says.

“People are prepared to spend quite a bit of money on a car that size. I think the days of size being determined by price are long gone. If the offer is right, people will pay the money. I think it’s more about the demand and the desire for that level of electrification.”