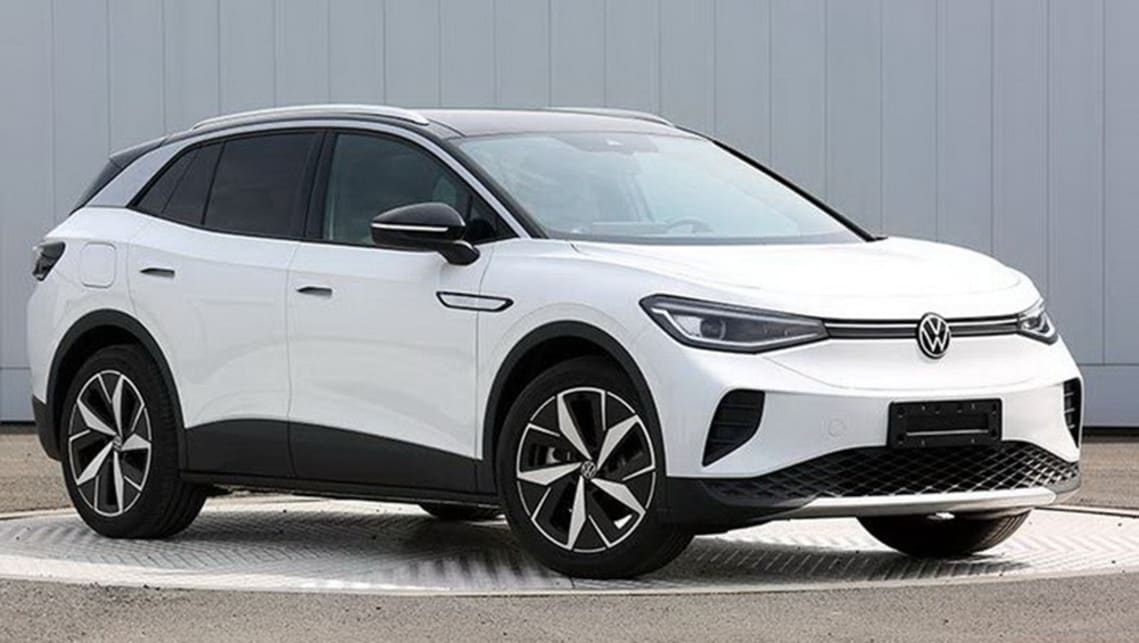 Volkswagen has had its thunder stolen by the Chinese government, which has posted images online of its first all-electric SUV, the mid-size ID.4, earlier than expected.

The ID.4 follows on from the ID Crozz concept revealed in September 2017 and is likely to be Australia’s first all-electric Volkswagen model, with its launch set for 2022.

If the production ID.4 looks familiar, it’s because it’s more or less identical to the prototype version Volkswagen unveiled in March.

Aside from the unique sets of alloy wheels, the key differences are the former’s white paintwork and the latter’s blue camouflage.

For reference, carmakers are required to submit images of their upcoming models to China’s Ministry of Industry and Information Technology (MIIT), which posts them online alongside other details ahead of their launches.

In this instance, the MIIT has also released the ID.4’s dimensions, with it measuring 4592mm long (with a 2765mm wheelbase), 1852mm wide and 1629mm tall. As such, its longer, wider and shorter than the Tiguan mid-size SUV.

And according to the MIIT, the ID.4 shown here has a 150kW electric motor, likely on its rear axle, where it should produce 310Nm of torque.

Other powertrain options are expected, with Volkswagen already promising one with all-wheel drive and a driving range of up to 500km.

As reported, Volkswagen Australia is targeting a sub-$50,000 starting price for ID.4, which will be followed by the mechanically related ID.3 small hatch that’s already been officially revealed.