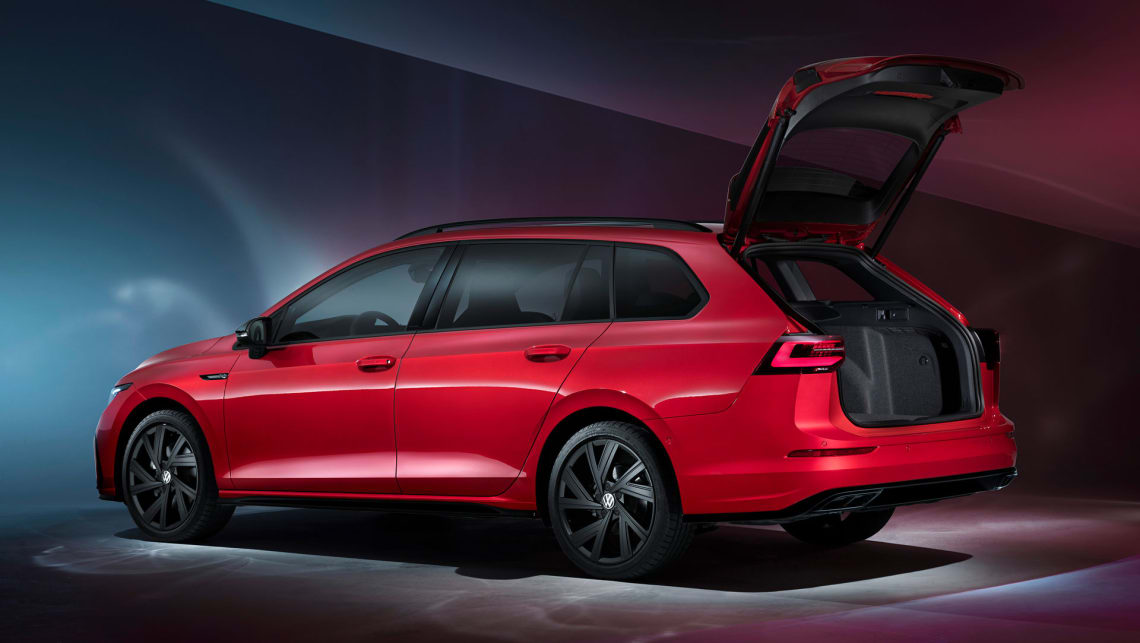 New Volkswagen Golf 2021 detailed: Alltrack and R-Line wagon variants revealed, but will they come to Australia?

Volkswagen has revealed the R-Line wagon and lifted Alltrack versions of its eighth-generation Golf range overseas, but has stopped short of confirming either for the Australian market.

The wagon will reportedly share the same mild-hybrid powertrains as the incoming Mk8 Golf hatch range and will ride on an extended wheelbase, which is longer than ever now at 4630mm – close to that of its larger Passat sibling. It is also confirmed to have a 611-litre boot capacity, up six litres on the outgoing Mk7.5 Golf wagon.

The wagon and Alltrack will share the latest VW cabin tech including a new digital dash cluster and multimedia suite with vehicle-to-infrastructure communication, as well as USB C connectivity and wireless phone mirroring.

It is as yet unknown what powertrains the wagon variants will use, although the Golf hatch has a choice of a 1.0-litre three-cylinder turbo, 1.5-litre four-cylinder turbo mild-hybrid, and 2.0-litre diesel in international markets, the latter of which is the most likely option for the higher-riding all-wheel drive Alltrack.

A diesel powertrain makes more sense for the Alltrack but more details should come to light in 2021.

The all-new Golf hatch is confirmed in Australia to be soldiering on with the outgoing car’s 110TSI 1.4-litre turbo (110kW/250Nm).

Plug-in hybrid variants were not revealed at the same time – and are highly unlikely for an Australian launch anyway given the brand’s current stance on skipping the technology altogether for our market.

Speaking to CarsGuide, Volkswagen spokesperson Kurt McGuiness said VW’s local arm was “yet to make a decision” on either wagon but noted the lifted Alltrack was a popular Golf variant in its previous iterations in our market.

The Mk8 Golf is set to arrive in Australia before the end of 2020 as a 2021 model year vehicle, but has already launched internationally. The wagon variants are not expected until later in 2021 for an international introduction.

Stay tuned as more details come to light on the Golf range in Australia toward the end of the year.