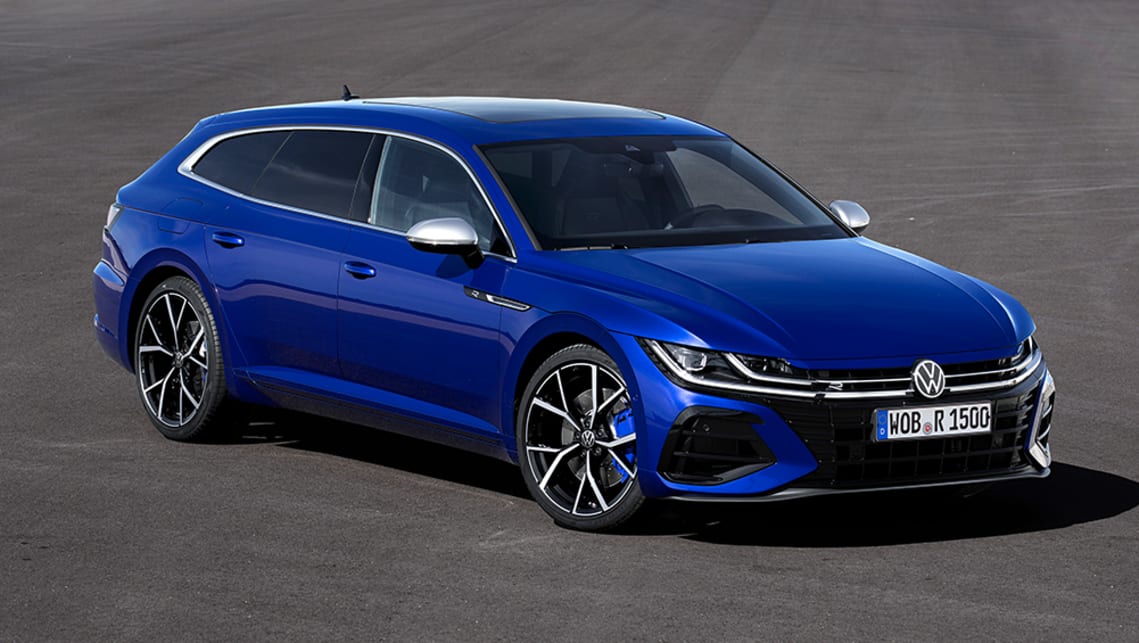 Volkswagen has revealed the facelifted version of the first-generation Arteon mid-size car, which will return to Australian showrooms early next year, potentially with a new flagship and body-style.

Speaking to CarsGuide, a Volkswagen Australia spokesperson confirmed the Arteon will make its comeback “in familiar form”, although they did add the company is “open” to the R and Shooting Brake, with their status “depending on availability”.

That said, the R and Shooting Brake aren’t the only new additions to the global Arteon range, as the 160kW eHybrid plug-in hybrid has also been ushered in as part of the facelift, but Volkswagen Australia has already ruled it out.

Full specification is yet to be released, but the R produces 235kW of power, likely from the same 2.0-litre turbo-petrol four-cylinder engine destined for the mechanically related new-generation Golf R and Audi S3.

A detuned version of this unit is likely to motivate the 206TSI R-Line liftback’s successor in Australia, with outputs around the 200kW/350Nm mark.

What we do know is the R’s 4Motion all-wheel-drive system comes armed with a torque vectoring system that distributes torque variably between the axles and the rear wheels.

The Shooting Brake is more or less unique from the liftback from the B-pillars to the rear, but despite its more practical design, its cargo capacity is only 2L greater, at 565L, although its advantage extends to 75L (1632L) when the rear bench is stowed.

The facelift otherwise introduces a new front fascia with an LED light bar connecting the headlights, as well as redesigned bumpers.

Inside, the difference the facelift makes is more noticeable, with the steering wheel, upper dashboard and door shoulders redesigned alongside the lower centre stack, which now features touch-sensitive climate controls instead of physical ones.

The multimedia system has been updated with support for wireless Apple CarPlay and Android Auto, while a 700W Harman/Kardon sound system has been introduced alongside LED ambient lighting with 30 colour options.

The Arteon’s suite of advanced driver-assist systems has also been given a lift, with lane-keep assist and adaptive cruise control with stop and go functionality now working in tandem from 0-210km/h, autonomously taking into account changing traffic conditions.