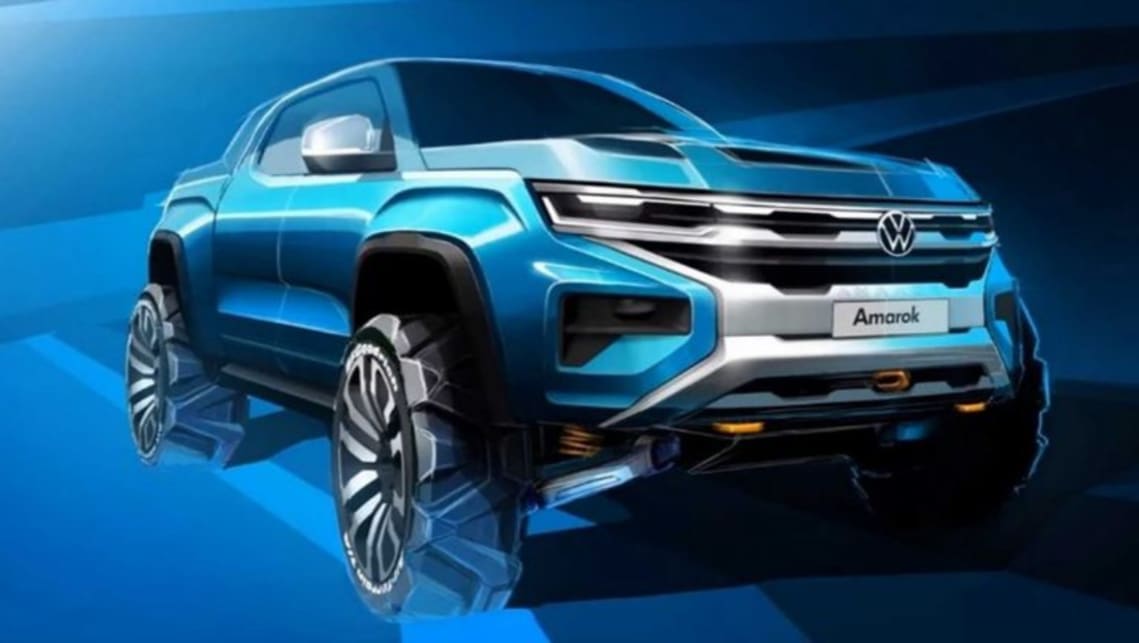 New Volkswagen Amarok confirmed for 2022: Here’s how it will be different to the Ford Ranger

The new Volkswagen Amarok has been confirmed for 2022, with the new ute – that the brand says will be “engineered and built by Ford” to be produced at the Blue Oval’s Silverton factory in South Africa.

It would mean the Ranger – expected to launch late 2021 or early 2022 – should get a slight head start on the Amarok, similar to the way the Isuzu D-Max launched several months ahead of the Mazda BT-50.

While VW says Ford is the “lead partner” in the ute project – and that the Amarok will borrow both a platform and a manufacturing facility from the Ranger – the Amarok will benefit from a unique design, as well as interior tech, that will “clearly differentiate” the two vehicles.

“What is important for both partners is the utilisation of the same platform. At the same time we will both be able to fully deploy our strengths. Through custom designs and interfaces we will clearly differentiate the two models,” says Thomas Sedran, Chairman of the Board of Management of Volkswagen Commercial Vehicles.

“For us as Volkswagen Commercial Vehicles, our sights with the Amarok successor are on our main markets, above all in the EMEA economic area (Europe, the Middle East and Africa). Ultimately it is our customers who will benefit, as without the cooperation we would not have developed a new Amarok.”

There is no talk of individual engines in the today’s release, and so its unclear if VW’s impressive V6 diesel will live on, or if the new Amarok will adopt Ford’s engines.

If so, then it’s no bad thing, either. Ford’s new 2021 Ranger is expected to instal the current Raptor’s (157kW/500Nm) twin-turbo-diesel as the entry point to the new range. And that’s just the beginning. Buyers are also expected to have access to a punchy 3.0L Power Stroke V6 Turbo Diesel currently at work in America’s Ford F-150, where it produces 186kW and 596Nm. Expect both to be paired with the brand’s 10-speed automatic gearbox.

For now, though, we’ll have to wait and see.