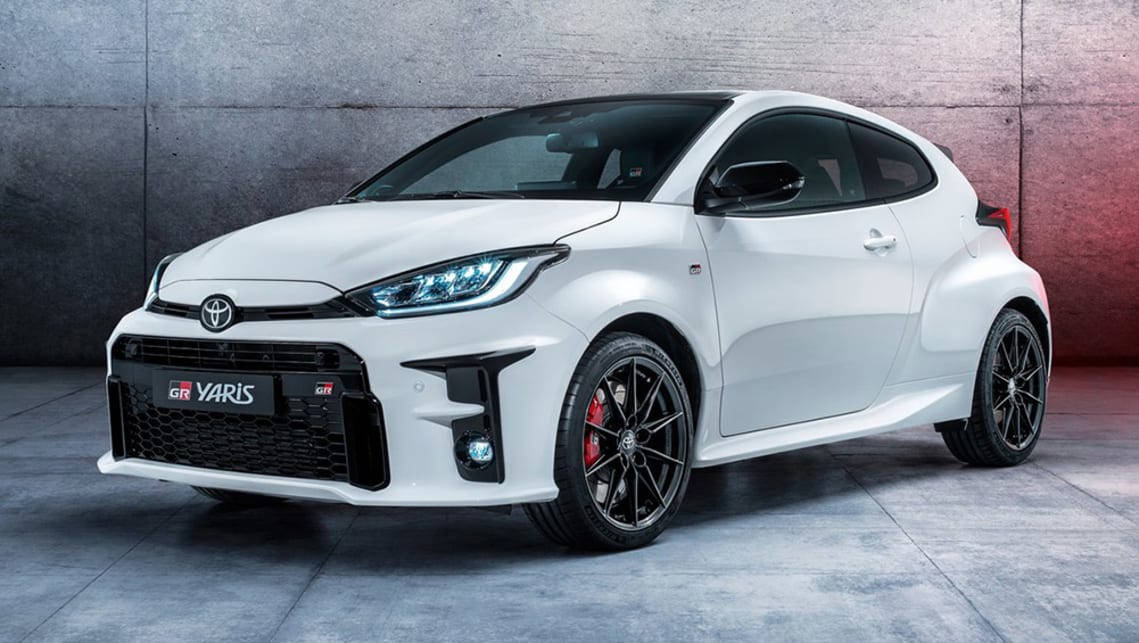 Toyota has officially lifted the lid on the production version of the Yaris GR hot hatch due to land in Australian showrooms later this year.

Packing a 192kW/360Nm punch from a 1.6-litre turbo-petrol three-cylinder engine, the Yaris GR feeds drive to the pavement via a rally-inspired all-wheel-drive system and six-speed manual gearbox.

A zero-to-100km/h acceleration time has yet to be revealed, but Toyota is promising a sub-5.5 second sprint.

Meanwhile, the Yaris GR tips the scales at 1280kg without a driver, giving it a power-to-weight ratio of 150kW per tonne.

Toyota Gazoo Racing boss Shigeki Tomoyama said the Yaris GR will sit alongside the already-launched Supra as another feather in the brand’s performance bow.

“While the new GR Supra is a sports car developed through track racing, the GR Yaris has been devised through our participation in rallies – something that many of our fans have been waiting for,” he said at the car’s reveal during this year’s Tokyo Auto Salon.

The final piece of the puzzle will be the Yaris GR’s pricetag, which could reach as high as the low-$40,000 mark given its performance credentials – despite its light-car underpinnings.