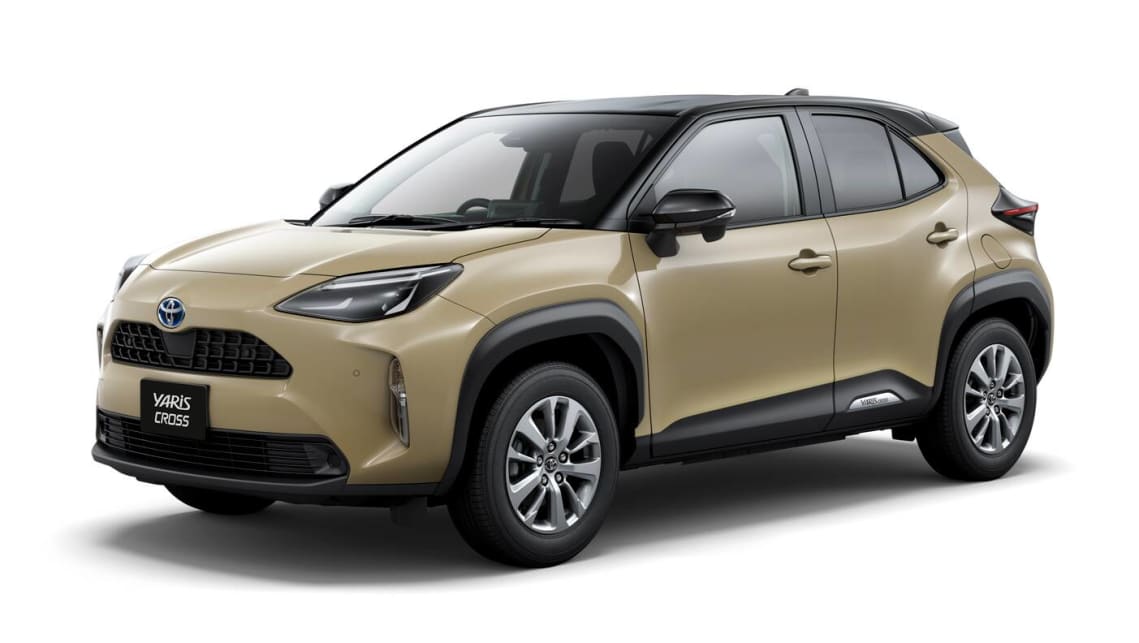 Toyota’s Yaris Cross light SUV has arrived in Japan, bringing with it a full breakdown of specs and features.

While the Japanese-market variants won’t necessarily match the cars that arrive in Australia, it does confirm some things that we didn’t know about Toyota’s all-new challenger crossover.

For starters, we knew the Yaris Cross would come with a 1.5-litre three-cylinder engine, but we now know the details of both the hybrid and non-hybrid versions.

Hybrid versions have power outputs of 67kW/120Nm (supplemented by the hybrid motor), while non-hybrids have that output upped to 88kW/145Nm. It is also confirmed to have an all-wheel-drive (AWD) system for both, with the hybrid version having a new ‘E-Four’ electrically assisted technology. A multi-terrain select function will enable ‘Mud & Sand’ and ‘Rock & Dirt’ modes for AWD variants, while downhill assistance control will also be available.

The AWD Yaris Cross comes with a mild dose of off-road attitude.

Dimensions have also been revealed, with the Yaris Cross measuring 4180mm long, by 1765mm wide and 1590mm tall, confirming its segment rivals as the Mazda CX-3 and Hyundai Venue. Toyota has also confirmed a 390-litre boot capacity, larger than the both the CX-3 and Venue. The Yaris Cross will also have a flexible 40/20/40 split-folding second row, allowing the centre seat to be independently lowered.

A 390-litre boot capacity places the Yaris Cross at the large end of the light SUV segment.

Other features that the Yaris Cross will have in its inventory internationally include a head-up display, soft touch dash finish, semi-digital instrument cluster and six-way electronically adjustable front seats, as well as the interesting addition of a 1.5kW power outlet in hybrid models that can “power electrical appliances” and “serve as an emergency power source in cases such as blackouts.”

Toyota promises soft-touch interior materials alongside a healthy suite of tech features for the Yaris Cross.

Stay tuned as we learn more about which of these features will make it to Australian-specified vehicles for the Yaris Cross’ local launch, which is slated for late 2022.