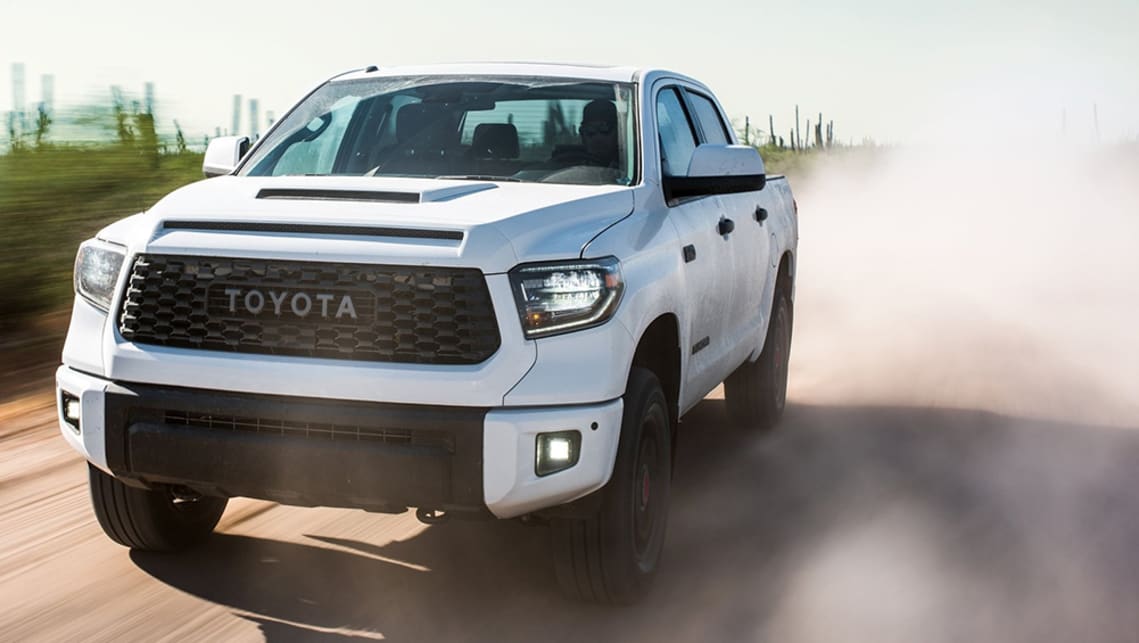 If Ford does unleash its new-gen F-150 in Australia, Toyota won’t be caught out, according to a company executive who says a big ute, likely the full-sized Tundra, is under consideration.

Speaking at the launch of the new HiLux and Fortuner today Toyota vice-president of sales and marketing Sean Hanley acknowledged that studies were well underway into the potential for a Ford F-150 rival.

“We have studied and continue to study the market potential opportunities of Australia for a large ute offering,” he said.

“It wraps around a business case that makes sense for the Australian market. So, we’ll continue to study this opportunity to see what options are available for Toyota Australia.”

Meanwhile executives at Ford have told CarsGuide that they believe there is a market for a big truck in Australia and are pushing for the new F-150 to be produced in right-hand drive.

In the United States, the new F-150 comes with a range of engines including a 5.0-litre V8, with a hybrid version expected within 18 months.

Toyota’s US rival to the F-150 is the Tundra which is powered by a 5.7-litre petrol V8, however it is only produced in a left-hand drive – for now.

The new-generation Tundra arrives in 2022 and it will share the same platform as the HiLux, potentially opening the way for a right-hand-drive Tundra for Aussies.

If Ford does unleash its new-gen F-150 in Australia, Mr Hanley said Toyota will be ready.

“We’ve got nothing to confirm today, except to say that we continue to study that market and if there’s some way possible, if the business case makes sense, then we’ll explore that further,” he said.

“But in answer: Have we been caught out? No, we haven’t.”