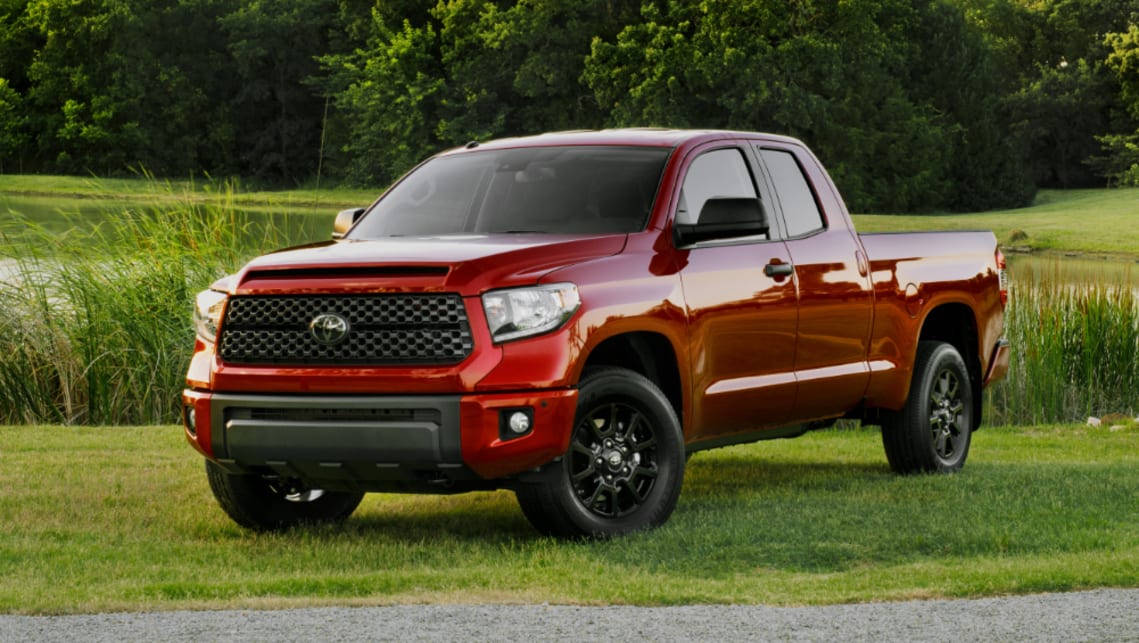 Toyota is close to releasing the next-generation Tundra, and it could be the first member of the current class of American full-size pick-ups to be built in right-hand drive for Australian sales.

As reported, both the American and Australian divisions of Toyota are “very keen” to see the Tundra go global with left- and right-hand-drive configurations rolling out of its factory.

While mid-size pick-ups are increasingly popular Down Under, their full-size siblings sold overseas are piquing local interest, as shown by the growing Ram 1500 and Chevrolet Silverado 1500 ‘remanufacturing’ programs, among smaller-scale conversions.

Having launched in 2007, the current Tundra hasn’t been subject to a large-scale conversion program locally due to its age, but its lack of right-hand-drive availability could change soon.

Citing a leak from a Toyota dealer conference, Allcarnews reports the new Tundra is due to be released in America in the fourth quarter of next year. And if factory right-hand drive materialises, it could launch in Australia sometime in 2022.

That said, Toyota Australia still needs to establish a business case for the Tundra, with its vice-president of sales and marketing, Sean Hanley, recently telling CarsGuide it’s yet to reach the point where it knows it will be viable.

Either way, the Allcarnews report corroborates a previous one from Automotive News, with both claiming the Tundra will move to Toyota’s new TNGA-F platform.

This architecture will, of course, be shared with the next-generation Sequoia upper-large SUV, which will again be based on the Tundra and is due in 2022, according to Allcarnews.

Allcarnews also claims the same year will see the release of the new 4Runner large SUV, which is America’s equivalent of the Fortuner.

Given it too will use the TNGA-F platform, it’s likely the related next-generation Tacoma mid-size pick-up will go down the same road upon its launch, which Allcarnews says will take place in 2024.

And speaking of the Fortuner, it and the HiLux mid-size pick-up it is based upon are expected to move to new architecture upon their replacement, as per the previous Automotive News report.

As far as the next-generation Tundra is concerned, though, Allcarnews reports its 231kW/443Nm 4.6-litre and 284kW/543Nm 5.7-litre naturally aspirated V8 petrol engines will dropped in favour of hybridised 3.5-litre twin-turbo V6.

And if that petrol-electric powertrain sounds familiar, it’s because it will allegedly also be found under the bonnet of the upcoming LandCruiser 300 Series and its Lexus LX sibling.