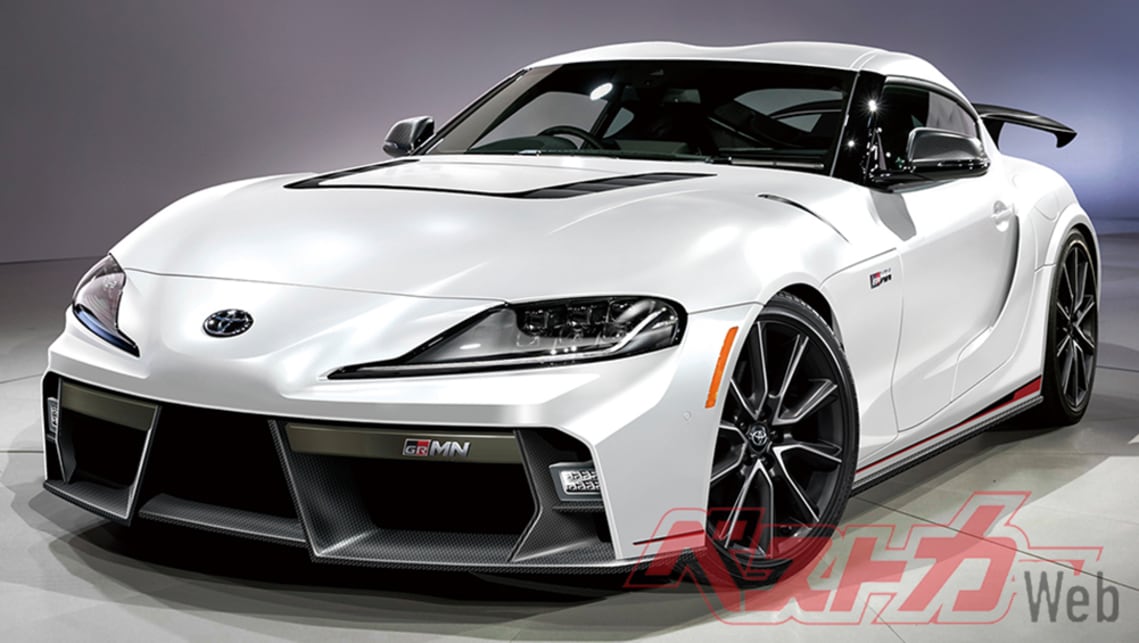 New Toyota Supra GRMN 2022 to get more than 300kW of power to take reborn sports car to next level: report

It’s no secret that Toyota has multiple versions of the reborn Supra sports car in the works, and thanks to a new report, we now have an idea of what to expect from the hardest hitter of them all: power, and lots of it.

That said, the GRMN will top all four GR variants with a 309kW version of the 3.0-litre turbo-petrol inline six-cylinder engine, according to Best Car Web.

The Japanese publication also claims the GRMN will stand out from the GR crowd with an improved body featuring increased rigidity and reduced weight.

While Best Car Web says the GRMN “is sure to come out”, it has so far stopped short of providing timing for the new variant.

However, Toyota Supra chief product specialist Tetsuya Tada told us last September the reborn sports car will receive annual upgrades, pointing to a GRMN reveal as early as the first half of next year.

Either way, the Japanese publication is asking Supra fans to “please expect a lot” of the GRMN, even going as far to suggest it may get a manual transmission option on top of the reborn sports car’s standard automatic.