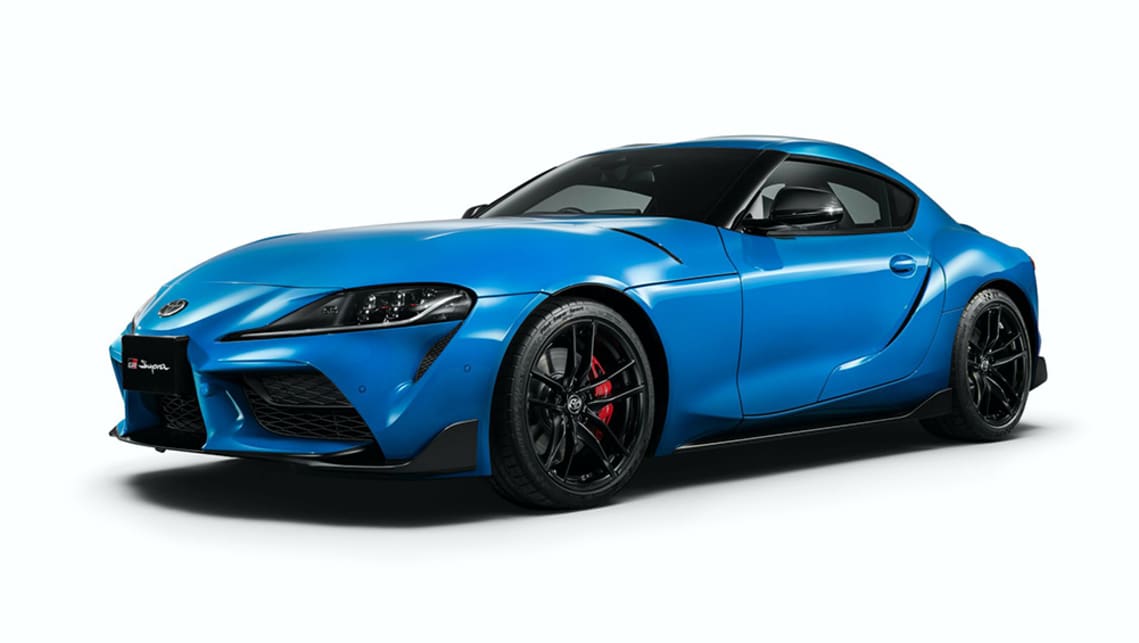 By the end of this year, Toyota Australia will have an updated Supra on sale, and it could arrive with a special edition, or at least some of its features as options.

Revealed in Japan this week, the Horizon Blue Edition is limited to 100 units locally and comes with special blue paintwork called – you guessed it – Horizon Blue.

Inside, the Horizon Blue Edition ups the ante with black leather and Alcantara upholstery that is contrasted with blue stitching and perforations.

If the Horizon Blue Edition looks similar, it’s because it is more or less a carbon-copy of North America’s A91 Edition.

Revealed in February and limited to 1000 units, the A91 Edition goes a step further with matte-black side-mirror caps and C-pillar decals as well as a carbon-fibre bootlid spoiler.

Speaking to CarsGuide, a Toyota Australia spokesperson said it was too early to discuss local MY21 Supra details, including whether or not the company will have its own version of the Horizon Blue Edition/A91 Edition.

However, the spokesperson didn’t rule out Toyota Australia introducing new accessories for the Supra as part of its MY21 range, which could be drawn from the Horizon Blue Edition and A91 Edition or the TRD Performance Parts catalogue that was revealed last May.

The rear-wheel-drive Supra will be matched to the same ZF-sourced eight-speed torque-converter automatic transmission (with paddle-shifters) as before, but the power boost will lower its 0-to-97km/h (60mph) sprint time from 4.1 seconds to a supercar-scaring 3.9s.

Lightweight aluminium braces will tie the strut towers to the radiator support under the bonnet to increase lateral rigidity alongside front and rear bump stops and new damper tuning.

The electric power steering, adaptive suspension, electronic stability control and active differential will also be recalibrated to make the Supra more stable through quick transitions, such as compound turns.

The Supra is currently priced from $84,900 and $94,900 plus on-road costs in entry-level GT and flagship GTS forms respectively, but Toyota Australia has indicated the MY21 version will likely be more expensive, while supply is expected to be more limited.