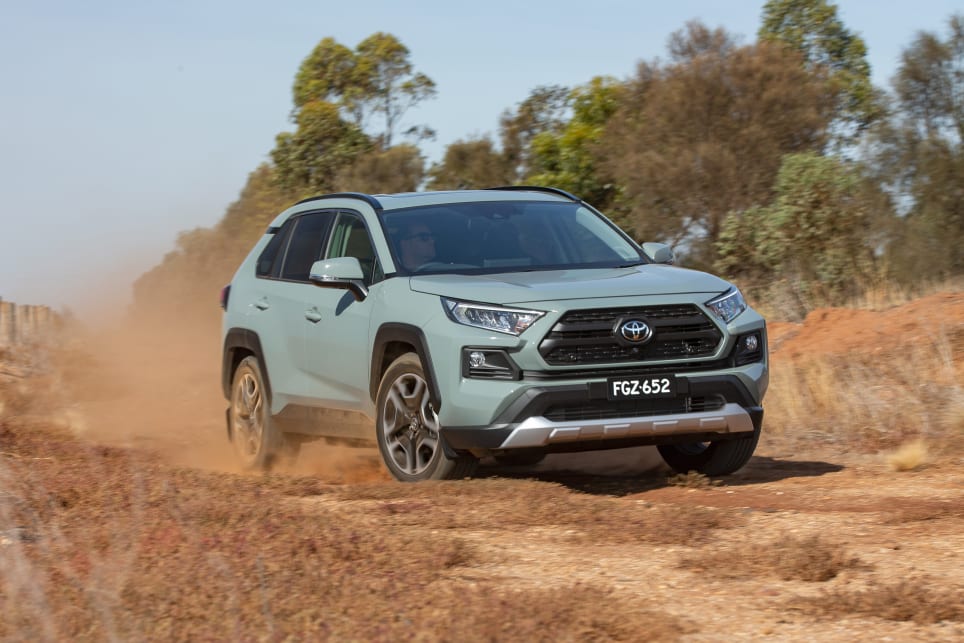 Toyota Australia has increased pricing for its RAV4 mid-size SUV again – the second time this month the brand has done so.

Though prices went up $1300 earlier this month due to “external market forces”, according to a Toyota Australia spokesperson, the cost of the RAV4 has risen again by up to $405.

The entry-level 2.0-litre petrol front-drive (2WD) GX cops the biggest price increase of $405, to $32,695 before on-road costs and $34,695 for the manual and automatic versions respectively.

However, all GX variants are now fitted with a premium steering wheel, four extra USB ports (five in total), front and rear carpet mats, and push-button start to justify the increase in cost.

As for the remainder of the RAV4 line-up, which includes GLX, Cruiser and Edge variants, prices are up $125.

Specification remains the same on GLX and Edge grades, but Cruiser variants are now fitted with auto-folding door mirrors.

The 2021 Toyota RAV4 can be had with one of three engines, kicking off with a 127kW/203Nm 2.0-litre naturally aspirated four-cylinder petrol engine that sends drive to the front wheels via a six-speed manual or continuously variable automatic transmission (CVT).

This 2.0-litre engine is available in GX, GXL and Cruiser grades – the latter two offered exclusively in auto form.

The Edge grade is the sole RAV4 available with a 152kW/243Nm 2.5-litre naturally aspirated petrol engine, which is paired with an eight-speed automatic transmission and AWD system.

Hybrid RAV4s are fitted with a 2.5-litre petrol engine, and either one or two electric motors to drive the front axle or both respectively.

Teamed with the electrified powertrain is an e-CVT transmission, which results in an 160kW output for FWD or 163kW for AWD versions of the GX, GXL and Cruiser grades.