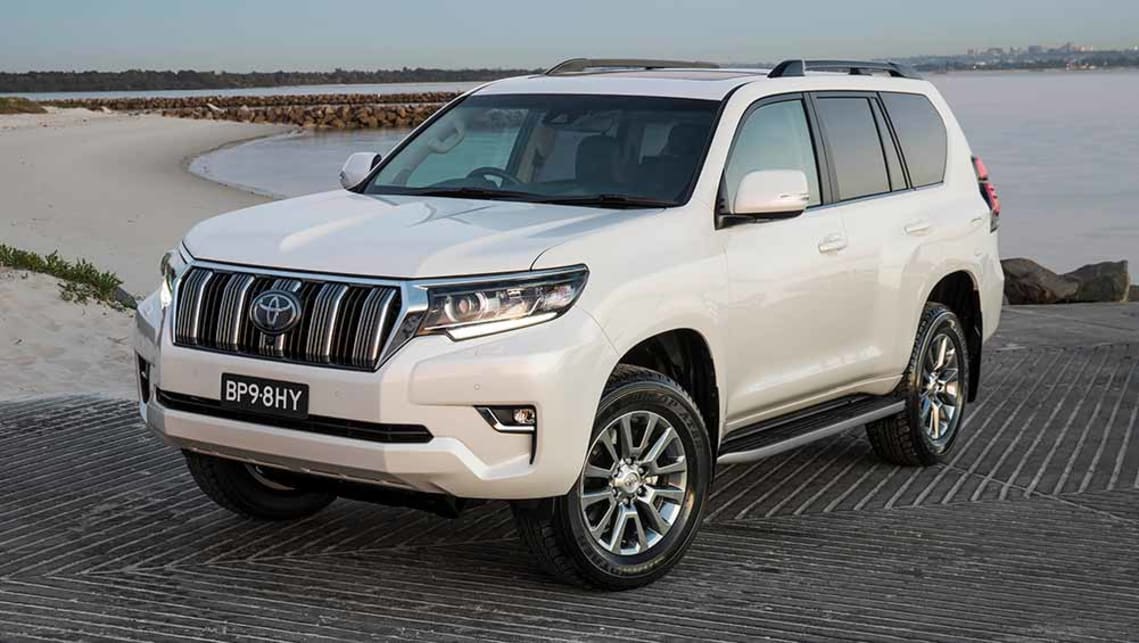 Toyota Australia has updated the LandCruiser Prado, with the large SUV becoming more expensive but getting a more powerful engine and an expanded suite of advanced driver-assist systems, while its six-speed manual transmission option has been dropped.

With manual versions of the entry-level GX and mid-range GXL grades gone and their automatic siblings $2850 dearer, the LandCruiser Prado now starts from $59,840 plus on-road costs, $5750 higher than before.

The LandCruiser Prado is still motivated by a 2.8-litre turbo-diesel four-cylinder engine, but just like in the HiLux ute and Fortuner large SUV, it’s been thoroughly upgraded to increase power to 150kW (+20kW) at 3400rpm and torque to 500Nm (+50Nm) from 1600-2800rpm.

In terms of active safety features, the LandCruiser Prado’s autonomous emergency braking (AEB) system now detects pedestrians at night, in addition to during the day, while cyclists are now supported (day only).

Inside, the LandCruiser Prado now features a 9.0-inch touchscreen (up from 8.0 inches in diameter), which is powered by Toyota’s latest multimedia system, including Apple CarPlay and Android Auto support for the first time.

A $3470 option package for the GXL bundles in power-adjustable front seats with heating and cooling, heated second-row seats and leather-accented upholstery, all of which are standard in the seven-seat VX.

New to the seven-seat Kakadu are paddle-shifters, while crawl control, off-road drive modes, rear air springs with auto-levelling, adaptive dampers, a sunroof and a rear entertainment system carry over.

The GX can be optioned with the seven-seat configuration for $2550, while premium paintwork costs $600 for all grades of the LandCruiser Prado.

The Mitshubishi Pajero rival’s spare wheel is mounted on its tailgate as standard, although buyers can opt to have it located under the body for no extra cost, with it replacing its 63L secondary fuel tank.