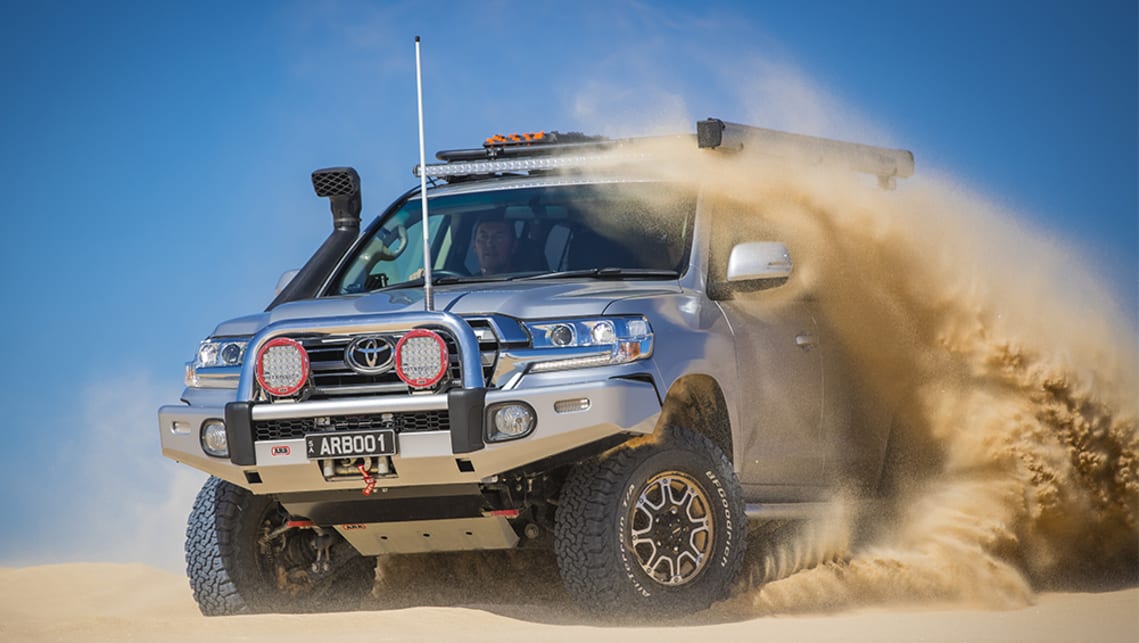 Two of Australia’s biggest aftermarket companies are planning full-blown fit-outs for the new Toyota LandCruiser 300 Series as soon as it lands here.

One of the most anticipated 4WD releases of recent years, the 300 Series will reportedly be offered with three powertrains – a 2.8-litre four-cylinder turbo-diesel engine (with six-speed auto) and two versions of a 3.5-litre twin-turbo V6 petrol engine (with eight-speed auto), one of which will be available as a hybrid.

The latest incarnation of the iconic LandCruiser is tipped to be launched here in June 2021.

Senior officials at ARB and Ironman 4×4 have confirmed that the companies have planned a comprehensive range of products for the upcoming 300 Series, and those plans will be put into action once each company’s designers and engineers have had a chance to pore over one of the 300 Series.

Ironman 4×4’s director of 4×4 products, Adam Craze, said: “Ironman 4×4 is committed to providing a full range of suspension and accessories for the new 300 Series.

“Obviously suspension and protection bar work will be our initial focus and then rolling this out to the many other accessories that we do for most vehicles,” he said.

Ironman 4×4 are hoping to see a new Cruiser that is feature-packed and able to be set up as a fantastic touring vehicle.

“We are waiting on the release of the vehicle to enable Ironman 4×4 to get started on the development and engineering on all products.

“It is an exciting time when Toyota releases a new vehicle and especially a new model. We are hoping to see a new Cruiser that is feature-packed and able to be set up as a fantastic touring vehicle.”

To give you an idea of what may be available from Ironman 4×4 for the 300 Series, the company’s range of products for the 200 Series include everything from snorkels and suspension systems, through to diff breathers, drawer systems, underbody protection, side protection, and steps and bullbars.

ARB’s director of national sales & marketing, Matt Frost, said the company would start product development for the 300 Series in earnest “once we’ve got our hands on the vehicle”.

Two of Australia’s biggest aftermarket companies are planning full-blown fit-outs for the new Toyota LandCruiser 300 Series as soon as it lands here.

He said ARB was “quite excited” about the 300’s arrival, as well as the upcoming Land Rover Defender. The Defender was due to hit our shores mid-2020 but that arrival may be postponed.

Mr Frost said while ARB was “anticipating challenges” around developing aftermarket products for hybrid hardcore off-roaders, he expected that the company’s design and engineering department, which has continued to create top-quality products through massive changes in vehicle safety aids and driver-assist technology over the years, would have no strife working with the 300 Series, no matter which variant.

The “big thing”, he said, was whether Toyota could convince the market that the 300 Series was actually a real outback tourer in the same vein as the company’s other iconic 4WDs.

Mr Frost also said ARB was busy working on products, not necessarily LandCruiser-related, that the Australian market had not yet seen, but would not divulge any further details.