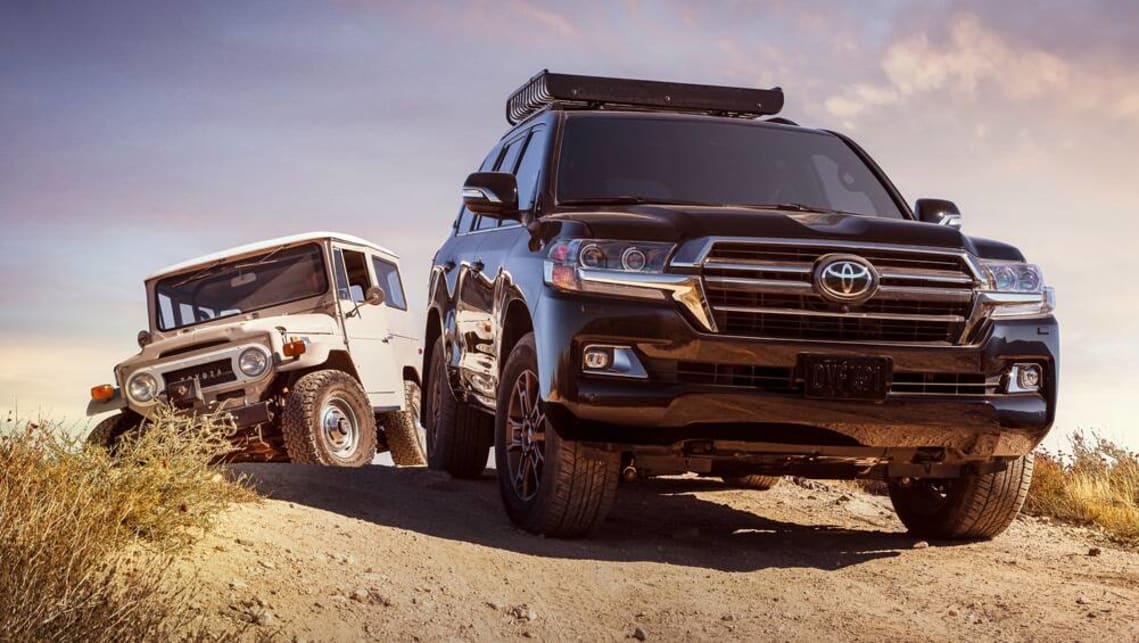 News regarding the incoming Toyota LandCruiser 300 Series keeps coming in thick and fast, with the latest report claiming it will be a “stripped-out off-roader”.

Referencing a leak from a recent Toyota dealer conference, Allcarnews reports the LandCruiser will “lose any sort of luxury focus in favour of hardcore off-roading” as part of its eagerly anticipated generational change.

No other 300 Series details were provided as part of the report, so we’re left to ponder whether the LandCruiser will go down the same path as the new-generation Land Rover Defender, which is unwavering in its off-road focus.

The current 200 Series is, of course, available as a luxury flagship, dubbed Sahara, which bundles in niceties like a sunroof, heated and cooled front seats, four-zone climate control and a rear DVD player.

If this report is to be believed, those features and more are unlikely to be found in the 300 Series, which is expected to be released around the middle of next year.

The off-roader is said to be adopting a ladder-frame version of Toyota’s ubiquitous TNGA platform and will naturally come with a four-wheel-drive system only.

The 300 Series will reportedly offer three powertrain options, including 2.8-litre turbo-diesel four-cylinder and 3.5-litre twin-turbo V6 petrol engines, the latter of which will also be available in hybrid form.

The diesel will allegedly be mated to a six-speed torque-converter automatic, while the petrols will have an extra two gears to play with.

For reference, the 200 Series was offered with a 227kW/439Nm 4.6-litre naturally aspirated V8 petrol unit during its production run, while its 200kW/650Nm 4.5-litre twin-turbo V8 diesel engine carries on to this day.