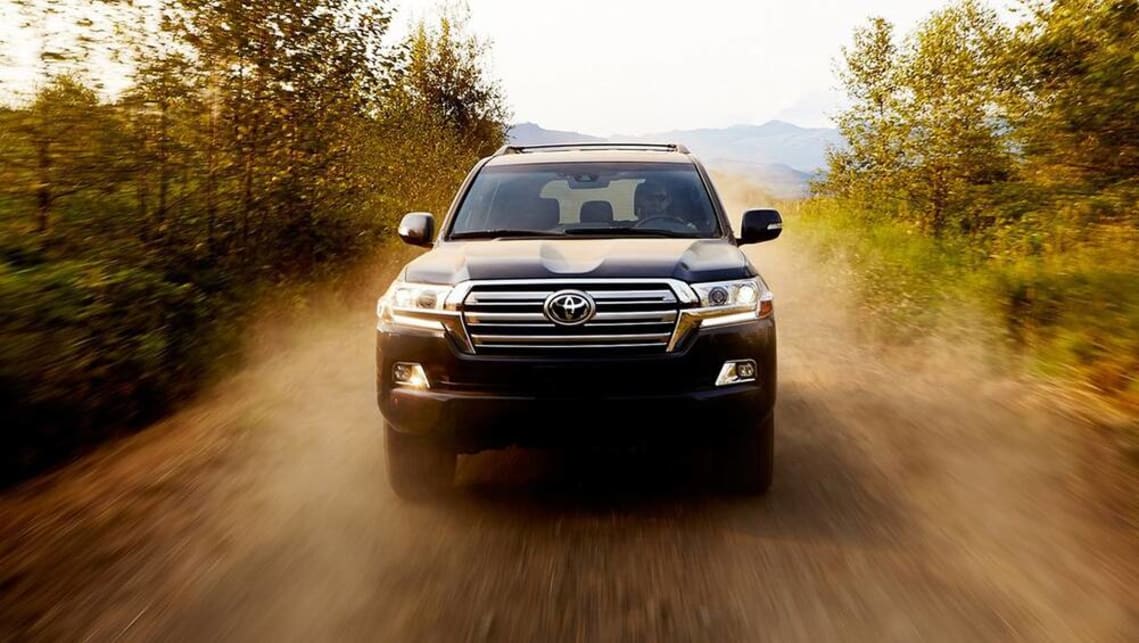 Toyota’s decision to move from the 200-Series’ turbo-diesel V8 to a different powerplant (probably a turbocharged V6 diesel) for the forthcoming 300-Series has already been met with a rash of buyers snapping up the V8 model.

And while the search for efficiency and reduced emissions is an ongoing one for all car-makers, ditching a V8 option has not always played well.

That’s particularly true when the vehicle is one for the enthusiast market (as the big Toyota wagon has always been) and when the powerplant is seen as so central to the overall theme (ditto).

So, who else has tried to replace a V8 with something else over the years? And how did that work out for them?

The most infamous case of this happening was the work of Ford Australia who, when planning the launch of the XF Falcon for 1983, decided that buyers no longer wanted a V8 option box to tick.

Bear in mind that it was Ford (in the US) that virtually invented the idea of an affordable family car with a V8 engine.

Here in Australia, the V8 Falcon had given the whole Ford range a performance halo, while in-house research at the time showed that more than half of all brand-new Falcons were ordered with a tow-bar.

And yet, for reasons known only to the product-planning team of the day, the V8 got the chop and was replaced by a fuel-injected version of the 4.1-litre inline six-cylinder engine.

The new six was underdone, fell well short of buyer expectations and triggered a mass migration to Holden dealerships.

The consequences of dumping a V8 are not unknown at Holden, either.

In the lead up to launch of the VL Commodore in early 1986, Holden had been struggling to get its engines to meet new emissions laws.

In the end, the old faithful Holden six was dumped and Holden imported a batch of Nissan-built six-cylinder engines (including a ripper turbocharged unit) to power the new Commodore.

The V8 option? More or less shelved, and it wasn’t until October of the same year that a V8 engine emerged.

And even then, it was clear that Holden had been rolling the arm in terms of developing the V8. With barely more power than the non-turbo six, a serious thirst and only a three-speed automatic to team with, it was a gutless afterthought.

Why? Because Holden figured the turbocharged six-cylinder option would render the V8 surplus to requirements.

Buyers didn’t see it that way, and pressure mounted to offer a `proper’ V8.

Holden followed the money and produced a much improved, fuel-injected version of the V8.

And guess which engine made the jump to the next model Commodore, the VN? Hint: It wasn’t the turbo.

Go even further back in history and Holden was selling its mid-sized family wheels, the Torana, hand over fist in the 1970s.

And part of the reason for that was, again, the halo effect created by having a V8 option within the Torana range.

But for the last version of the Torana, the UC, Holden figured it didn’t need a V8 version, so the option was dropped from brochures.

And to this day, the UC Torana, despite being a better car in many respects, is the poor relation of the full-sized Torana family.

Shunned by the car collecting industry, the UC is worth a fraction of the dollars commanded by an earlier, and mechanically inferior, LH or LX Torana, especially one with a V8 engine.

And sticking with Holden, there’s been speculation that had the final, fully imported Commodore, the ZB, been available with a V8 engine option, it might not have tanked so badly, taking the rest of Holden with it.

Obviously, there are financial considerations galore in that last case, but when it comes to aspirational cars for Aussie buyers, the dividend going to shareholders seems to be of very little consequence.

Over in Europe, BMW switched from a six-cylinder engine to a V8 unit for its fourth-generation M3 to much acclaim.

The follow-up in in 2014, which swapped out the V8 for a twin-turbocharged in-line six, while still a cracking engine, lost some of the sonorous and high-revving character many had praised.

Similarly, Audi’s S4/S5 and RS4/RS5 were once available with V8 power, replaced with force-fed six-cylinder engines.

Sidebar: The exception to the rule

There has been one well known example of a manufacturer adding a V8 engine to a vehicle and almost killing it off in the process.

That dubious honour goes to the Y62 Nissan Patrol which, for 2013 was fitted exclusively with a V8 engine where previous models had been available with turbo-diesel four and six-cylinder engines.

Because the V8 in question was a petrol unit, and while the 5.6-litre V8 was a great motor, when saddled with the Patrol’s 2800kg kerb mass, fuel economy was worse than dreadful.

Faced with buyer desertion, Nissan Australia actually kept the old, GU model on sale until 2016, to give buyers a diesel alternative.