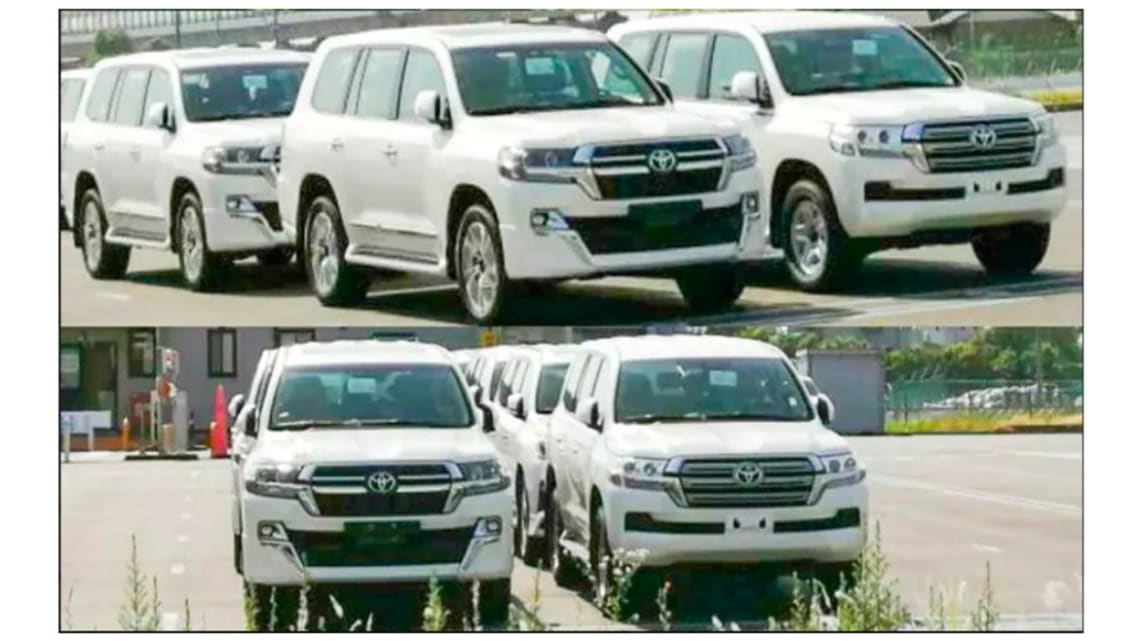 What appears to be a new Toyota LandCruiser 200 Series has been spied on a transport dock in Japan, with what is thought to be a new “Final Edition” snapped ahead of the 300 Series launch.

The images, reportedly captured on one of Japan’s car transportation docks, show what seems to be a facelifted 200 Series, but it’s not immediately clear if it’s a special edition exclusive to the Middle East, or the rumoured Final Edition that will see off the current generation.

Helping us in our game of Spot The Difference, the updated LandCruiser has been helpfully snapped right alongside the current model, making picking the differences a breeze.

For one, the grille has changed significantly, with the three horizontal slats making way to a twin centre slat and a blacked-out background finished in what appears to be a black mesh, bookended by two new fog lights.

That black mesh now continues below the grilles, with the lower half of the front-end now looking significantly different to its predecessor, too, and there appears to be bigger alloys and a different finish on the headlights.

The two big mysteries remain the interior and the engine bay, neither of which have been photographed, but international reporting points to nothing new under the bonnet, while the interior too is expected to remain largely unchanged.

The vehicles spied here are left-hand drive, meaning they’re destined for markets other than our own, but with a new 300 Series now closing fast, a fitting send off to the 200 Series in our market isn’t off the table.

International reporting suggests a new 300 Series has been pushed back to June 2021, but for its part, Toyota Australia isn’t forecasting any stock issues for the 200, which is powered by 4.5-litre twin-turbo V8 diesel good for 200kW of power and 650Nm of torque, with the company suggesting there will no supply shortages, right up to the point the new model arrives.