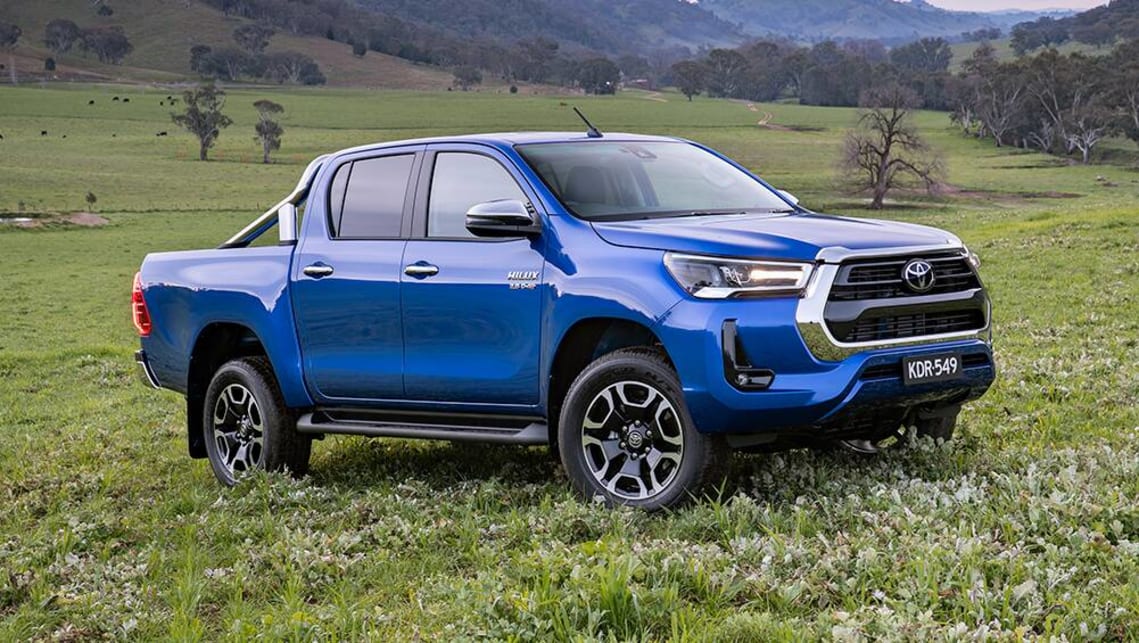 Toyota Australia has released pricing and specification details for the current-generation HiLux ute’s latest facelift, which has made it more expensive than before.

The launch line-up consists of the familiar Workmate, SR and SR5 grades in single-, extra- and dual-cab configurations as well as cab chassis and pick-up body-styles.

The company says facelifted versions of the Rogue and Rugged X flagships are on the way, with their details to be announced at a later date, although they have been revealed today (see gallery below). This, of course, spells the end for the mid-range Rugged.

For reference, turbo-diesel 4x2s tow up to 2800kg, while their petrol counterparts manage up to 2500kg. Of the 33 variants detailed here, 27 have a maximum payload of at least one tonne.

According to Toyota Australia, a chassis retune – including longer leaf springs – has resulted in unladen ride quality being improved alongside handling and stability when towing.

4×2 Hi-Rider and 4×4 extra- and dual-cab variants now feature a bolder front fascia, which brings the HiLux in line with the not-for-Australia Tacoma ute, while steel bumpers are found at the rear. All come with variant-specific trim.

Inside, the HiLux now features an 8.0-inch display powered by an updated multimedia system with control knobs and enhanced voice control as well as support for Apple CarPlay and Android Auto.

The instrument cluster features new dials as well as a 4.2-inch multifunction display with a digital speedometer, among other new functions.

Commanding a $2000 premium over the SR, the SR+ steps up with dark-grey 17-inch alloy wheels, satellite navigation and digital radio, while the SR5+ adds an eight-way power-adjustable driver’s seat, heated front seats and leather-accented upholstery over the SR5 for $2500 extra.

As before, the aforementioned 2.8-litre turbo-diesel four-cylinder engine is mated to either a six-speed manual and or a six-speed torque-converter automatic. It still has a 110kW/400Nm 2.4-litre sibling that has also been upgraded for 4×2 and 4×4 Workmates.