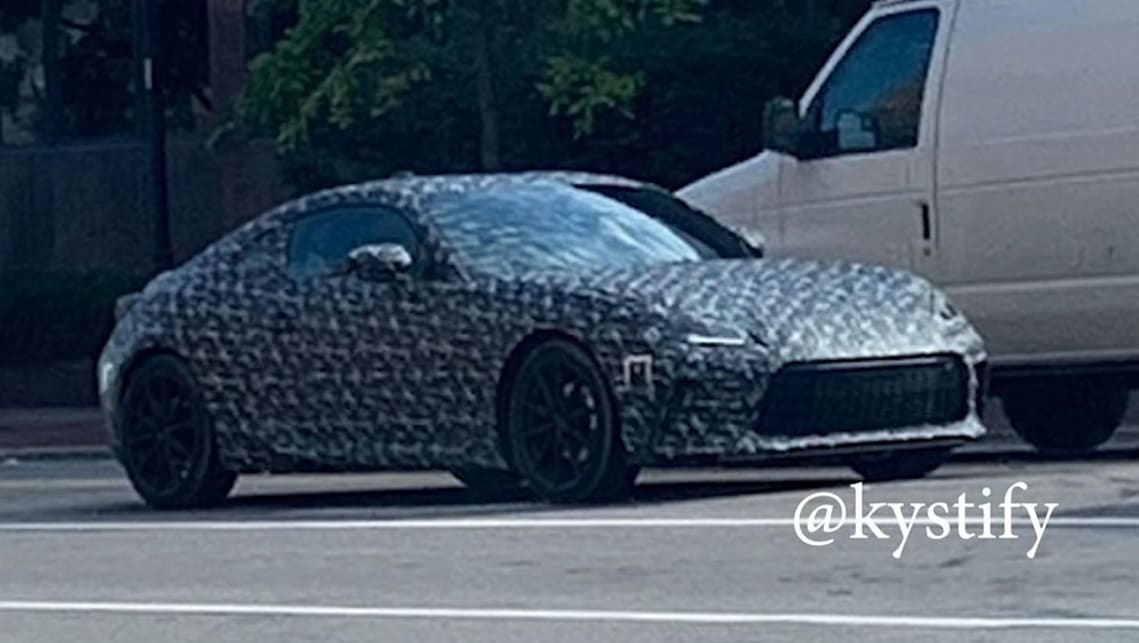 Is this our first look at the new Toyota GR 86 or Subaru BRZ? According to multiple reports, one of next-generation sports car twins is behind the camouflage of the developmental mule seen here.

A video of the GR 86/BRZ was posted to Instagram by user Kystify, with it reportedly showing the sports car testing on public roads in Michigan, near Toyota’s research and development (R&D) centre.

Compared to the current 86 and BRZ, the new model looks quite similar, pointing to an exterior design evolution, rather than a revolution, for the two-door coupe.

But look at the next-generation sports car a little more closely and you’ll notice it’s basically a match for the renderings published by Best Car Web in June, which it claimed were based on the new GR 86’s production-ready exterior design.

As reported, at least one of the next-generation sports car twins is expected to be revealed in March next year, with both to be powered by a ‘FA24’ 2.4-litre naturally aspirated boxer-four-cylinder engine from Subaru, which produces 162kW of power and 240Nm torque.

As with the current models, the new GR 86 and BRZ will be rear-wheel drive. They will also come with the option of a six-speed manual or an eight-speed torque-converter automatic.

The next-generation GR 86 and BRZ will use an updated version of their current platform (including its MacPherson-strut front and double-wishbone rear suspension) and will measure 4250mm long (with a 2570mm wheelbase), 1780mm wide and 1315mm tall.