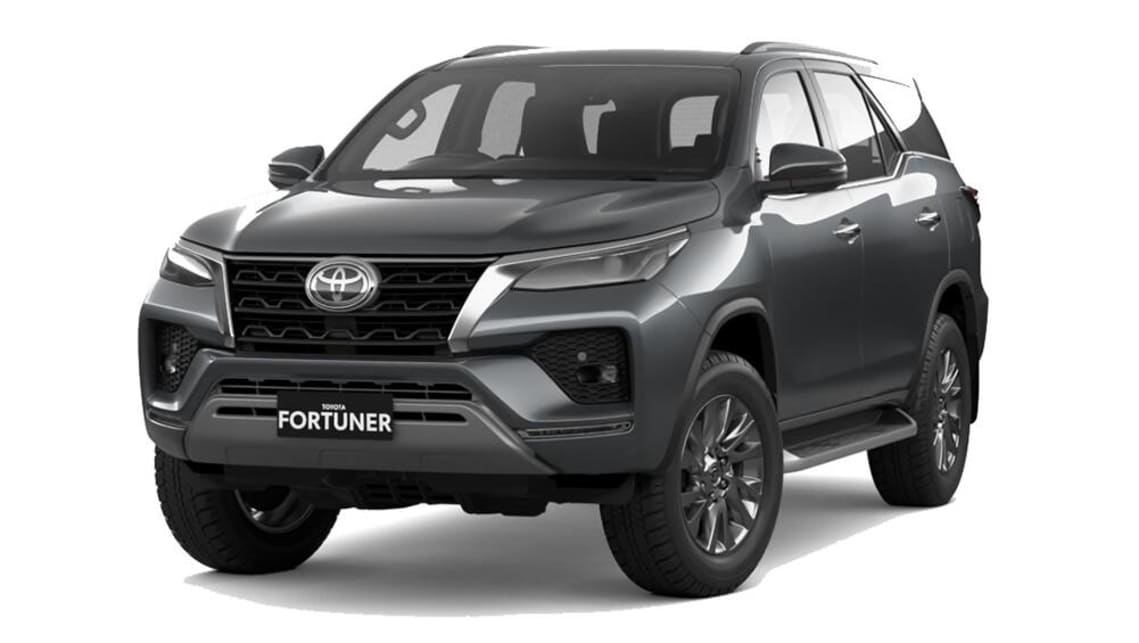 Toyota Australia has let loose pricing and specs for its facelifted HiLux-based 2021 Fortuner seven-seat SUV that will land in local showrooms later this month.

To justify the price rise however, all Fortuners are now powered by an upgraded 2.8-litre turbo-diesel four-cylinder engine, which – like its mechanically related HiLux sibling – scores a 20kW/50Nm boost to output 150kW/500Nm.

As before, the Fortuner range remains an all-wheel-drive-only model, with the turbo-diesel engine paired to a six-speed automatic transmission.

The jump in performance is a result of a new turbocharger, while changes to engine cooling and efficiency have also been applied.

Toyota has also made it easier to manoeuvre the new Fortuner with the fitment of a new power-steering pump that makes it easier to turn at slow speeds and front parking sensors.

From the outside, the new Fortuner can be distinguished by its larger black grille, slimmer LED headlights and revised front bumper.

The GLX adds satellite navigation and digital radio (which can be optioned on the GX for an additional $1000), as well as automatic climate control, keyless entry, roof rails, privacy glass, downhill assist control and LED foglamps.

Stepping up to the Crusade nabs buyers leather-accented trim and power-adjustable front seats (available to the GXL for $2500), alongside a woodgrain interior, powered tailgate, 11-speaker sound system and electrochromatic rearview mirror.

To assist in its off-road ability, the Fortuner scores a rear differential lock while coil-spring suspension is found at all four corners.