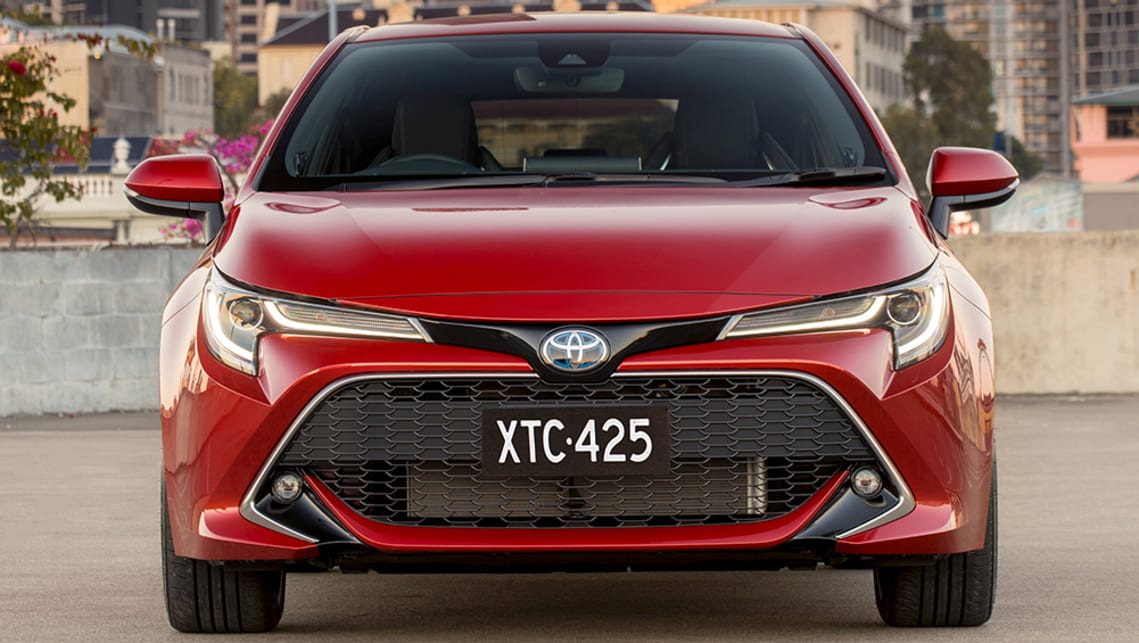 Toyota might have just only revealed the Yaris Cross light SUV, but it also has another new crossover in the works, and it’s likely to be called – you get guessed it – Corolla Cross.

About a month ago, Allcarnews published a leaked presentation slide from a Toyota dealer conference in the United States, covering local launch timing for upcoming models, including a mysterious new CUV (Crossover Utility Vehicle) due in third quarter of next year.

Allcarnews claimed the CUV would be based on the current-generation Corolla small car, and following last week’s reveal of the Yaris Cross – which is based on the Yaris light hatch – it got us thinking Toyota might go down the same path with the new model’s name.

Sure enough, on August 28, 2018, Toyota filed a previously unreported trademark application for ‘Corolla Cross’ with the federal government’s IP Australia office, with it accepted on March 13, 2019, and registered a week later.

Of course, this is not the first report of a ‘Corolla Cross’ trademark, as Toyota filed a similar application with the European Intellectual Property Organisation around the same time, as reported by AutoGuide.com.

Either way, the Corolla Cross – or whatever it ends being called – is on the way, and it will sit alongside the C-HR in Toyota’s growing SUV line-up and therefore take on the Kia Seltos and Hyundai Kona, among other small models.

Speaking to CarsGuide, a Toyota Australia spokesperson declined to comment on the company’s future product plans, including the local ‘Corolla Cross’ trademark, although they noted “small SUVs are a growing segment”.

“We have the C-HR currently competing in that segment. It’s an area for future growth, and we would need to study any future introductions to see if they would work for Australia,” they said.

“I wouldn’t rule (two small SUVs) out, though. There are other competitors that are doing a similar thing, and we would need to go away and crunch those numbers and do a bit of market research to see whether it’s something that would really work or not.”

Like the Corolla and C-HR, the Corolla Cross should ride on Toyota’s TNGA-C platform and will likely share its powertrain options with the former, including its 125kW 2.0-litre naturally aspirated four-cylinder petrol engine and 90kW 1.8-litre petrol-electric full hybrid.

Front- and all-wheel drive are both expected to be available, as per the Yaris Cross, while continuously variable automatic transmissions (CVT) will feature prominently across the range, if not exclusively.

And there’s also the prospect of a GR Corolla Cross that would rival Hyundai’s yet-to-be-revealed Kona N by adopting the GR Yaris’ 200kW 1.6-litre turbo-petrol three-cylinder engine, which is also expected to power the mooted GR Corolla hot hatch.