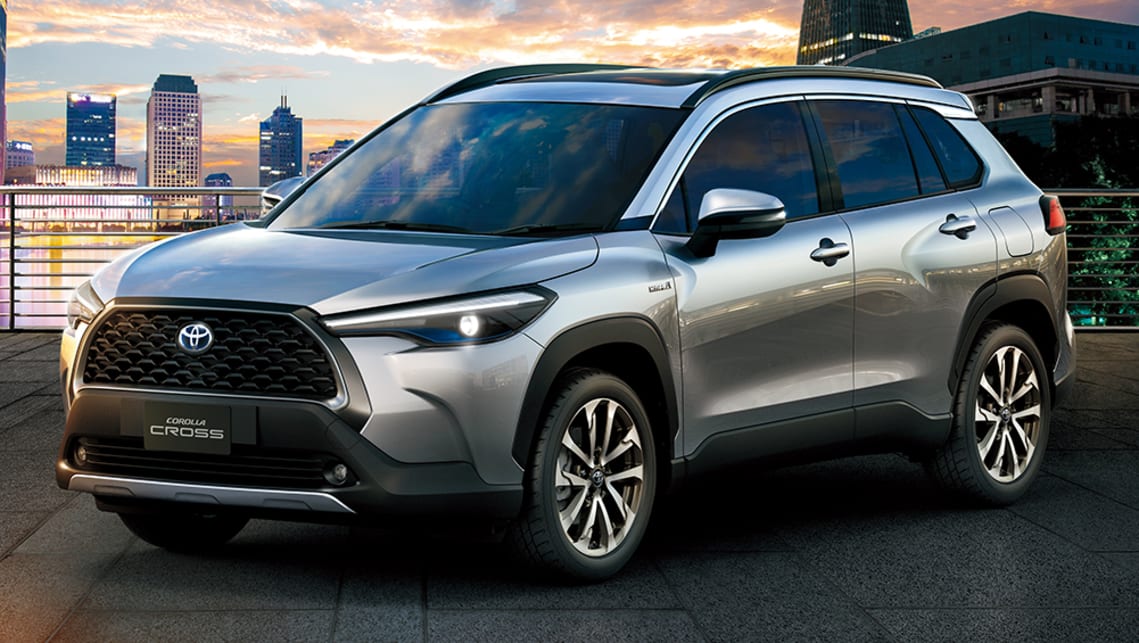 Toyota has revealed the newest member of its growing SUV line-up, with the aptly named Corolla Cross to fill the space between the style-focused C-HR and the traditional RAV4 in Australia from late 2022.

Thailand will be first market to launch the Thai-built Corolla Cross, on September 30, but Australian buyers will need to wait at least two years to get behind the wheel due its staggered rollout, with Toyota likely waiting for Japanese production for local examples.

Either way, the Corolla Cross is immediately shaping up as one of Toyota’s most important SUVs, with it combining elements of the Corolla small car upon which it’s based with that of the in-demand RAV4, both inside and out.

Externally, the Corolla Cross has LED headlights and tail-lights, and 18-inch alloy wheels, while its cabin is headlined by a 9.0-inch touchscreen multimedia system and a 7.0-inch multifunction display.

Toyota Australia has confirmed both petrol (1325kg kerb weight) and petrol-electric hybrid (1385kg) versions of the Corolla Cross will be offered locally.

In Thailand, the petrol is a 103kW/177Nm 1.8-litre naturally aspirated four-cylinder engine, while the hybrid is a 72kW/142Nm version of the same unit with a 53kW/163Nm electric motor, for a combined maximum power output of 90kW.

Both powertrains are mated to continuously variable automatic transmission (CVTs) and are front-wheel drive. An all-wheel-drive option hasn’t been confirmed at this stage.

Fuel consumption on the combined-cycle test (NEDC) is 6.5 litres per 100 kilometres for the petrol, while the hybrid manages 4.3L/100km. Claimed carbon dioxide (CO2) emissions are 150 grams per kilometre and 98g/km respectively.

Suspension-wise, the Corolla Cross has MacPherson-strut front and torsion-beam rear axles, with the latter newly developed with a focus on comfort and handling.

Toyota Australia will confirm local pricing and full specification in 2022, closer to launch.