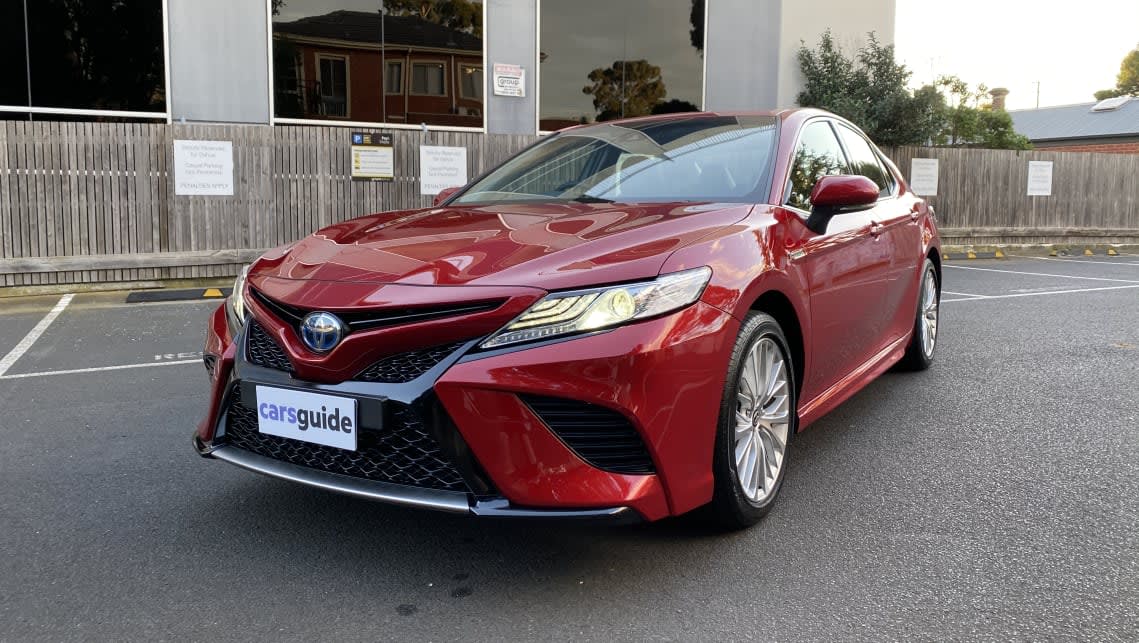 Alongside an update, Toyota has increased the pricing of the Camry mid-size sedan.

A Toyota Australia spokesperson confirmed to CarsGuide the model had also received a minor update, with hybrid variants upgrading from a 245V nickel-metal hydride battery to a more efficient 259V lithium-ion unit.

For reference, the Camry is available in four grades: entry-level Ascent, mid-range Ascent Sport and SX, and flagship.

Furthermore, the SX and SL can be upgraded to a 224kW/362Nm 3.5-litre naturally aspirated V6 petrol engine, which is matched to an eight-speed torque-converter automatic.

Meanwhile, the Ascent, Ascent Sport and SL can instead be optioned with a ‘self-charging’ hybrid system, which combines a 2.5-litre naturally aspirated four-cylinder petrol engine with an electric motor for a system power output of 160kW. This set-up uses an e-CVT.

As reported, the Camry’s midlife facelift is due to arrive locally in the middle of next year, with it set to usher in a sharper look, a redesigned dashboard and an expanded suite of advanced driver-assist systems.