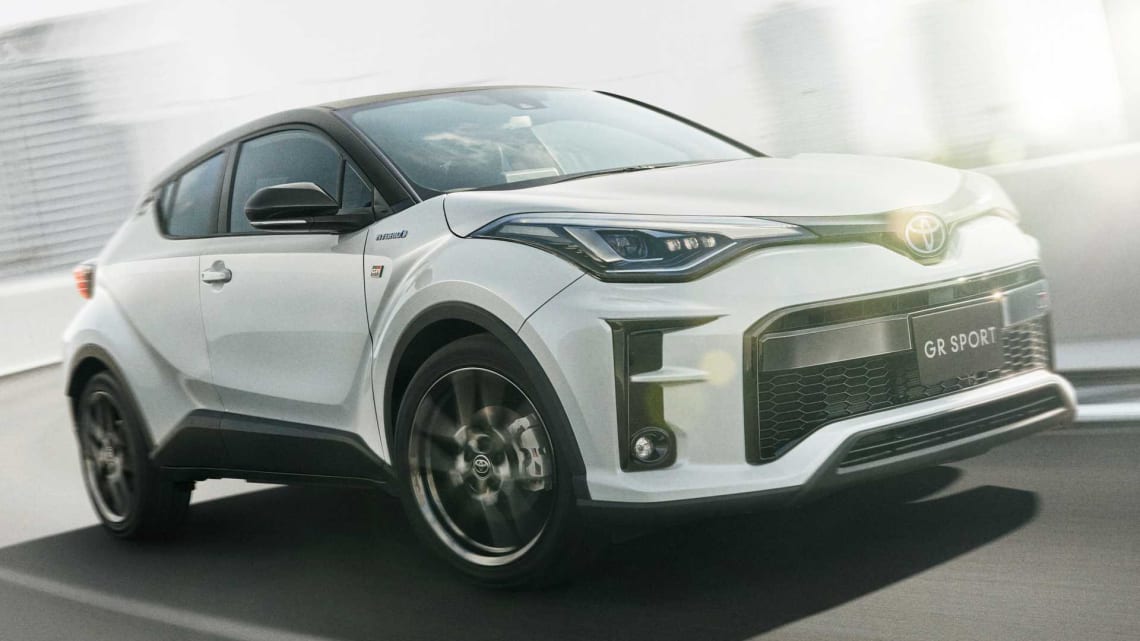 Toyota’s performance revolution continues to take shape, with international reports today confirming that the C-HR will follow the Corolla in getting the go-fast GR treatment.

The news, reported by the UK’s AutoExpress, confirms what CarsGuide was told at the launch of the Supra GR – that the brand’s high-riding hatch was in the queue for a performance makeover.

We had been told that the C-HR would be the next car, after the Yaris, to undergo a GR transformation, but reports this morning suggest the new model won’t launch until 2023.

The delay, then, is likely due to Toyota waiting for the new generation of the C-HR (earmarked for 2021-2022) with the current-gen vehicle launching in Australia three years ago, in 2017.

But while the timing, or the reason for it, remains a mystery, the powertrain doesn’t, with the C-HR GR to be on the receiving end of the mighty Yaris’ engine and AWD system.

That means a 1.6-litre turbocharged, three-cylinder engine (the most powerful three-pot in the world, no less), that will produce 200kW and 370Nm. Expect that power to be funnelled through a manual or, by then, an automatic gearbox, and sent to all four wheels via the same AWD system as the Yaris GR.

How do we know? Because the Yaris GR’s chief engineer, Naohiko Saito, told us so at the launch of the brand’s first hot hatch in years, saying it would be “wasting time” for that engine to only be used in the one GR model.