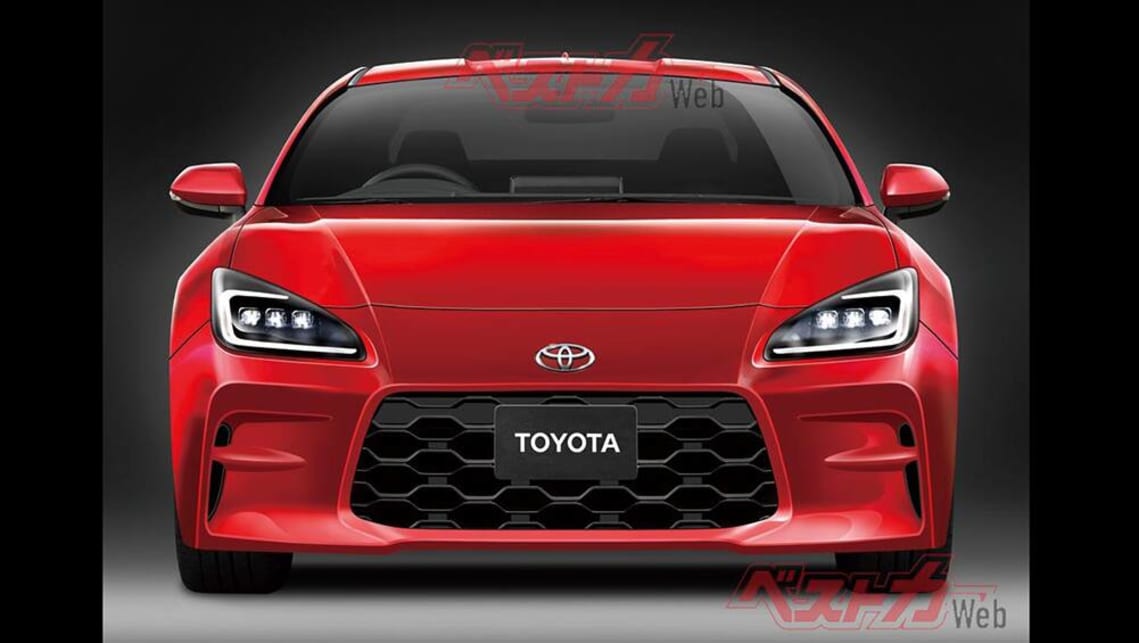 It’s no secret the second generation of Toyota and Subaru’s sports-car partnership is on the way, and now we have an unofficial look at what the next 86 and BRZ will look like inside and out.

Best Car Web claims to have confirmed the new 86’s exterior and interior designs, and therefore that of the mechanically related BRZ, give or take a few minor differences.

The general shape is quite familiar, with the 86 retaining its traditional two-door coupe body-style.

That said, it’s worth noting Best Car Web has actually published two different versions of the new 86’s front end, so it’s not exactly clear which one it understands to be the real deal.

Five of the six images are consistent with one another, though, suggesting the other (the front three-quarter angle) isn’t quite on the money.

Either way, the new 86 represents an evolutionary change up front and at the side, while the rear end is more of a radical departure from what we’ve come to know, with the same true of the cabin.

As reported, the new 86 is expected to be revealed in March next year and will be powered by a ‘FA24’ 2.4-litre naturally aspirated boxer-four-cylinder engine that produces 162kW of power and 240Nm torque around 5500rpm.

As with the current generation, the new 86 will be rear-wheel drive. It will also come with the option of a six-speed manual or an eight-speed torque-converter automatic.

The new 86 will use an updated version of its current platform (including its MacPherson-strut front and double-wishbone rear suspension) and will measure 4250mm long (with a 2570mm wheelbase), 1780mm wide and 1315mm tall.