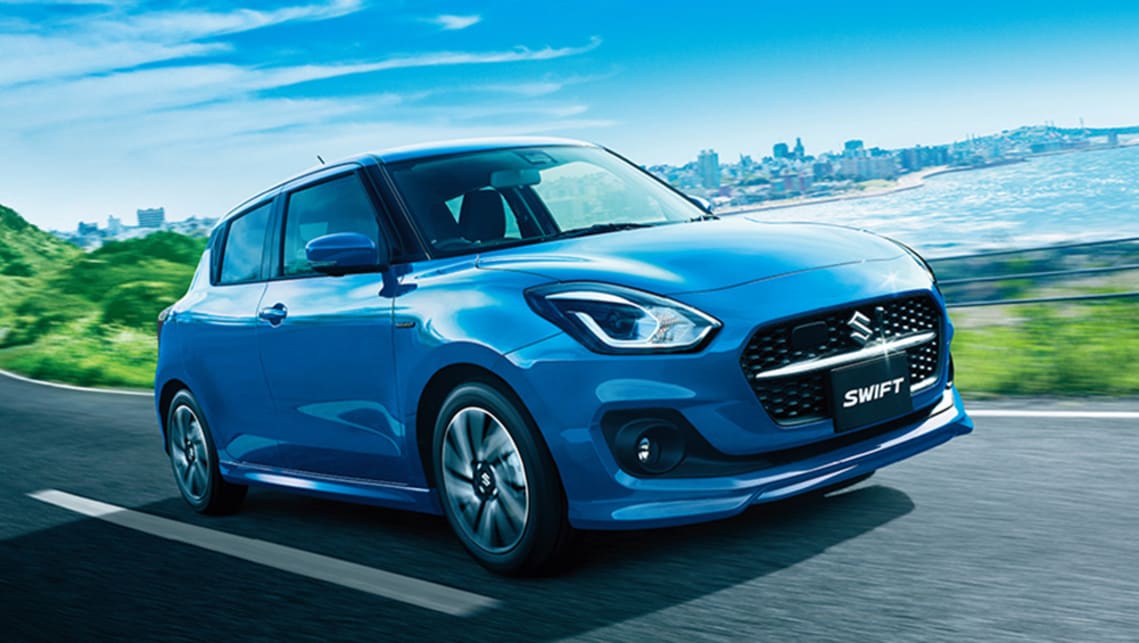 Suzuki has revealed the facelifted version of the fourth-generation Swift light hatch.

Changes to the Toyota Yaris rival are minor, although it does pick up an expanded suite of advanced driver-assist systems, with blind-spot monitoring, rear cross-traffic alert, surround-view cameras and dusk-sensing lights among the additions.

Non-Sport versions get new grille insert options, with one rocking a honeycomb pattern and chrome trim, while the other goes down the mesh route with black accents. Either way, a horizontal bar has been added, with it highlighted by red and chrome respectively.

It’s worth noting these grille inserts come paired with their own front bumpers, which carry over from the pre-facelift model.

Two fresh alloy wheel designs are available, with one finished in silver, while the other is diamond-cut and has black accents.

Inside, a 4.2-inch multi-function display is now standard in the Swift and comes with a digital speedo for the first time. A six-speaker sound system has also been introduced range-wide.

And those buyers looking to stand out from the Swift crowd can select one of its new two-tone paintwork options. Flame Orange, Burning Red and Speedy Blue are all matched to a black roof, while Rush Yellow is contrasted with silver instead.

As reported, the Australian-market Swift will not be going hybrid this year, meaning its current petrol engines are likely to be retained.

Either way, drive is exclusively sent to the front wheels.

CarsGuide has contacted Suzuki Australia to see when the facelifted Swift will enter local showrooms. Last November, the company was expecting the full range to be on sale in July, although the COVID-19 pandemic may have affected its plans.