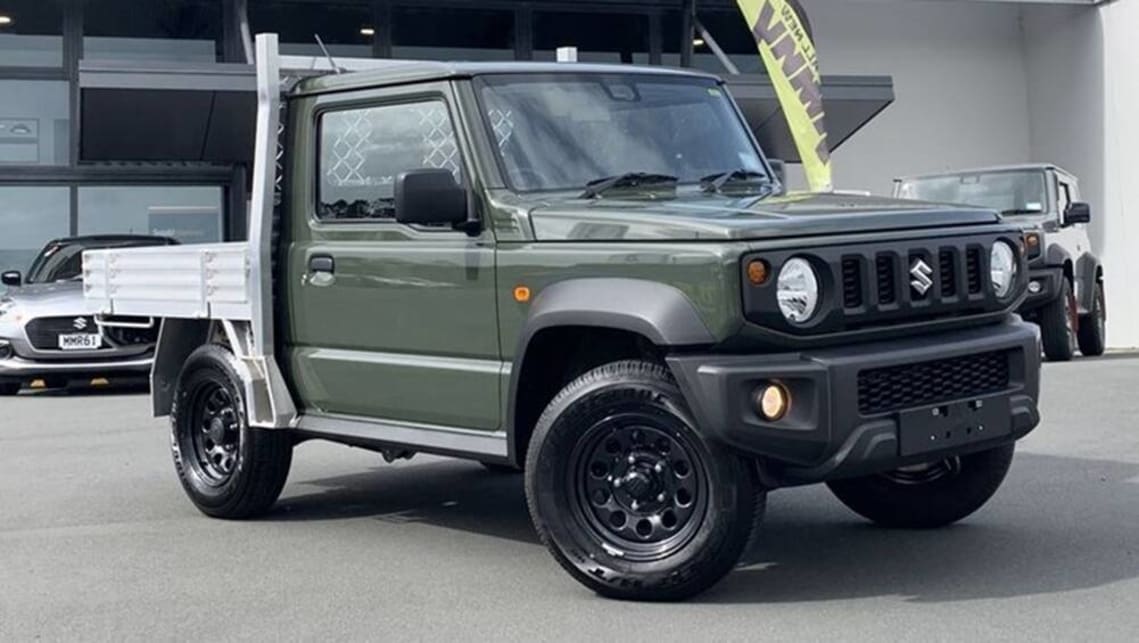 Suzuki has finally released a ute version of its new-generation Jimny off-road SUV.

As reported by Driven, the Jimny ute is now available in New Zealand and is the result of a local conversion program, which currently gives buyers the option of a steel tray.

While not a direct rival for the bestselling Toyota HiLux and Ford Ranger, there is no doubt the cute – and rare – Jimny ute has the top dogs shaking in their proverbial boots.

Converted by Suzuki New Zealand in Whanganui, the Jimny ute starts life as a Jimny JX SUV, which has less standard specification than its Jimny Sierra sibling sold exclusively in Australia (and also across the ditch).

This means the Jimny ute gets black steel wheels, halogen headlights and a plastic steering wheel as standard, while a touchscreen multimedia system and climate control are notably absent.

During the conversion, the Jimny JX’s rear end is sliced off and a steel tray is added in its place, while the back of the new single cab is cleaned up, with a carpeted storage space behind the front seats included. The result? A Jimny ute, of course.

Critically, the Jimny ute is only available with a five-speed manual transmission, which is mated to the familiar 75kW/130Nm 1.5-litre naturally aspirated four-cylinder petrol engine.

CarsGuide has contacted Suzuki Australia to see if it plans to offer the Suzuki Jimny locally.