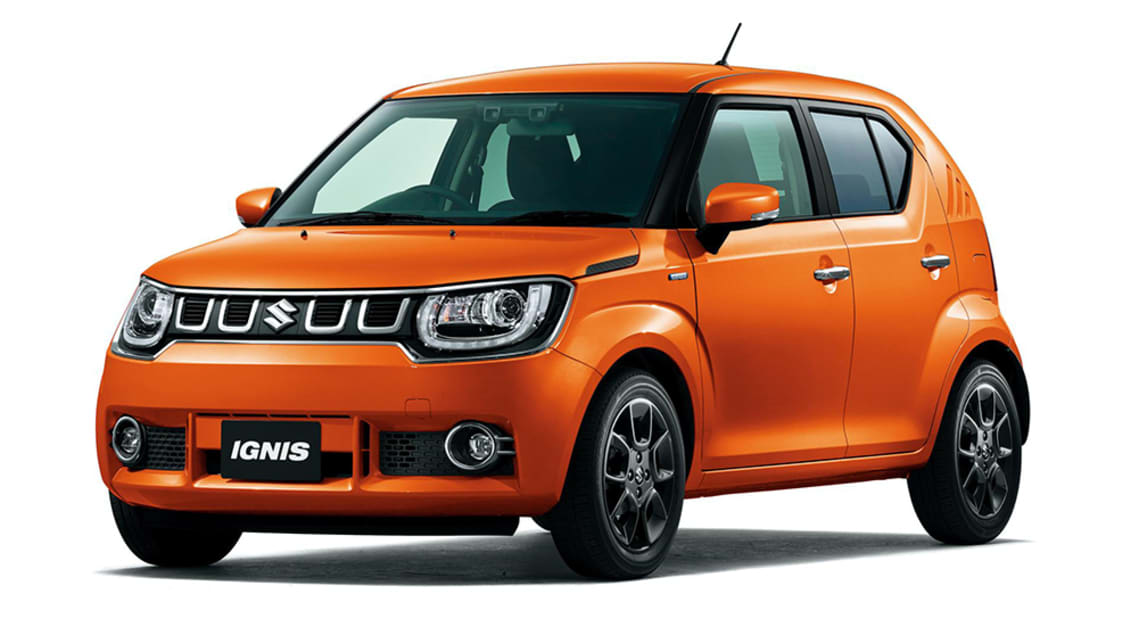 Suzuki has revealed the mid-life facelift for the second-generation Ignis in Japan, with the new light SUV due in Australian showrooms in May.

Critically, the Ignis has taken a big step forward with regard to safety, adding autonomous emergency braking (AEB) with pedestrian detection, lane departure warning and surround-view cameras, among other advanced driver-assist systems.

The SUV’s 66kW/120Nm 1.2-litre naturally aspirated four-cylinder petrol engine carries over, but a mild-hybrid system has been added in Japan, with it exclusively mated to a continuously variable transmission (CVT).

CarsGuide has contacted Suzuki Australia to see if this powertrain will be offered locally, with it possible that the company will soldier on with the non-hybridised version, which comes with the option of a five-speed manual transmission.

The Ignis is also offered with all-wheel drive in Japan, but Australian-market examples have been exclusively front-wheel drive to this point.

Either way, a fresh look for the Ignis can be expected, with the Japanese-market version picking up a Jeep-inspired slot grille insert. At its rear, the bumper’s large plastic insert is now body-coloured.

Inside, it’s a familiar affair, but an upgraded touchscreen multimedia system can be found alongside new upholstery options, including faux leather.

Australian pricing and specification will be announced closer to the Ignis facelift’s showroom arrival. For reference, the current model ranges in cost from $15,990 to $18,990 (plus on-roads).