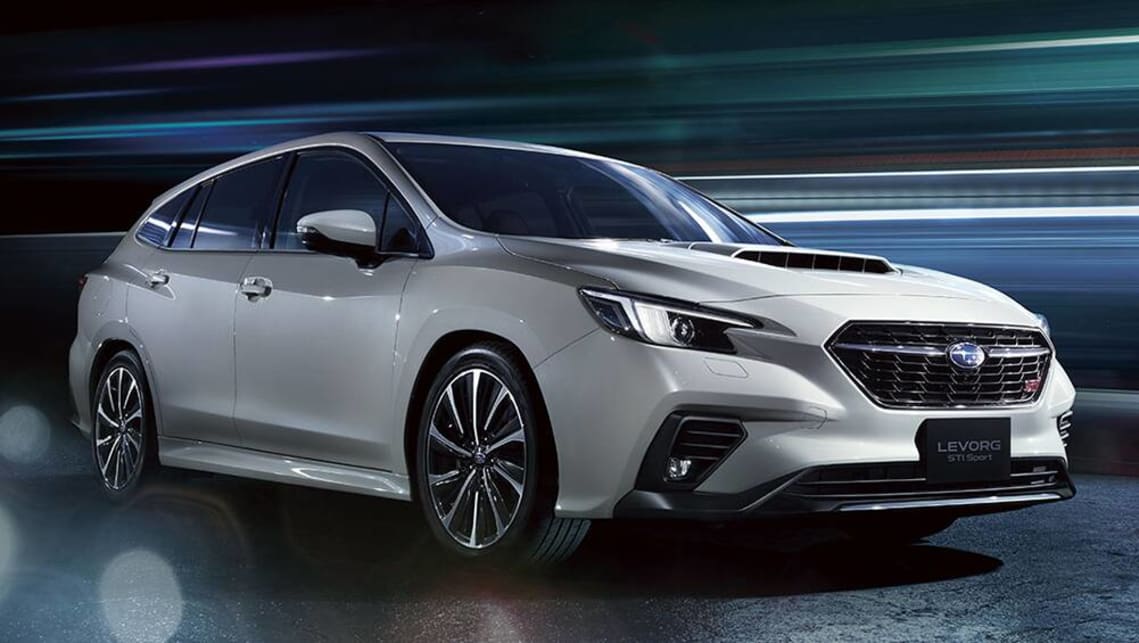 It might play in a niche segment, but the Levorg will be sold in Australia in second-generation form, which has officially been revealed. That said, Subaru is planning to double-down on the mid-size wagon’s performance focus locally, potentially with the next WRX’s engine.

Speaking to CarsGuide, a Subaru spokesperson confirmed “Australia will get next-generation Levorg, but the specification, including engines and timing, will be considerably different to that in the Japan domestic market, which is launching later this year”.

“It’s too early to provide fine detail, but we’ve clearly demonstrated the niche market for this performance wagon and it’s one we will develop and explore, but in a slightly different direction, which we believe will appeal to an even greater customer base,” they added.

Reading between the lines, at the very least, Australia won’t be getting the new 130kW/300Nm 1.8-litre turbo-petrol boxer four-cylinder engine that will available in the second-generation Levorg from launch in Japan alongside an improved continuously variable automatic transmission (CVT) with eight ‘speeds’.

No other engine option has been announced yet, although it has been heavily rumoured the Levorg will also get the next-generation WRX and WRX STI’s 2.4-litre turbo-petrol boxer four-cylinder unit, which is expected to punch out about 221kW/400Nm and 298kW/489Nm respectively.

The ‘low-output’ version is the one expected to find its way under the Levorg’s bonnet, so it’s possible it’s the only engine Subaru Australia is planning to offer, which would make sense given it’s looking to further “develop and explore” the performance wagon’s niche market.

At the same time, though, it’s possible Subaru Australia will stick with one, if not both, of the first-generation Levorg’s 125kW/250Nm 1.6-litre and 197kW/350Nm 2.0-litre turbo-petrol boxer four-cylinder engines. Either that, or an e-Boxer petrol-electric hybrid is on the way.

Of course, time will tell, but what we do know for now is some of the second-generation Levorg’s finer details, with its exterior and interior designs having been leaked earlier this month.

In Japan, regular and STI Sport versions of the Levorg are available, with the latter adding adaptive dampers, five drive modes (Comfort, Normal, Sport, Sport+ and Individual), unique trim and upholstery, and plenty of ‘STI’ badges throughout.

As reported, the Levorg’s technology highlights include an 11.6-inch touchscreen multimedia system, a 12.3-inch digital instrument cluster and a digital rearview mirror.

The Levorg also features Subaru’s new EyeSight X suite of advanced driver-assist systems, with 360-degree sensing enabled by a combination of cameras and radars. As a result, the autonomous emergency braking (AEB) system now has intersection assist, while emergency steering assist has been added.

The real party trick, though, is the more advanced adaptive cruise control, which uses map and GPS data to enable hands-free driving in certain scenarios, such as traffic jams. It even automatically changes lanes and slows down for corners and tollgates.

Based on the Subaru Global Platform, the Levorg offers 561L (VDA) of cargo capacity, although the 40/20/40 split-fold rear bench can be stowed for extra storage space. The boot can be accessed via the power-operated tailgate, which has a hands-free function activated by placing a body part near the ‘Subaru’ badge.

Subaru Australia has promised it will confirm timing, pricing and full specification details for the Levorg in due course, so stay tuned.