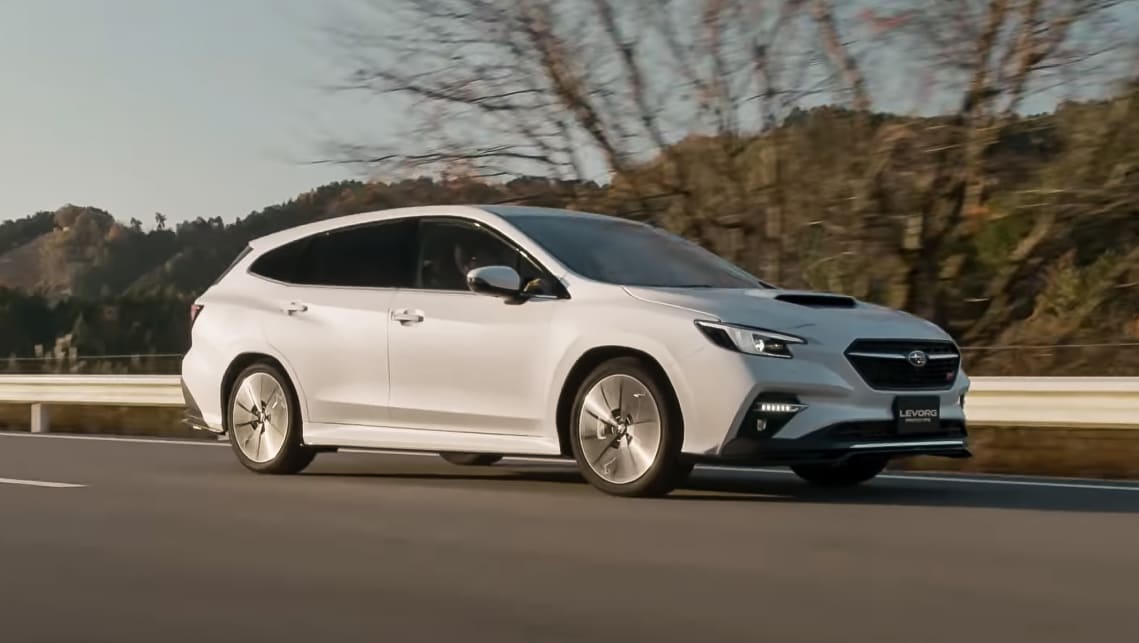 Subaru has been busy teasing its next-generation Levorg in almost-production ready prototype guise, although detailed information has been light on the ground.

Supposedly the new Levorg will hit Japanese markets in September of 2020, armed solely with the all-new “lean-burn” 1.8-litre four-cylinder boxer engine much-touted by the brand.

While details are not confirmed for every spec level, apparently the maximum outputs of this engine are 147kW, with 294Nm of torque available from 1500rpm.

Current sources suggest the Levorg will launch in Japan with only the 1.8-litre engine intitially.

According to new information out of Japan, the new Levorg will grow significantly to be 65mm longer and 15mm wider, yet 10mm lower for a total dimension of 4755x1795x1480 with a wheelbase extension of 20mm. It will sit on Subaru’s SGP global platform with its next-gen WRX twin. To bolster performance, Japanese media are also reporting that the Levorg will have electronically controlled active dampers.

Tech-wise the Levorg’s timing should coincide with Subaru’s timeline for the introduction of its next-generation EyeSight technology with Tesla-style 360-degree sensors and additional driver monitoring tech.

In Japan at least, the Levorg will be available in three spec levels – all  of which will be all-wheel drive via a CVT automatic.

While these are exciting developments, Australians could be waiting a while to see what the Levorg has in store as the brand’s managing director, Colin Christie, told CarsGuide the next-gen wagon is probably not due to arrive here for the 2021 model year – perhaps as far out as 2022 or 2023.

The Levorg could launch as far out as 2023 in Australia.

We also couldn’t confirm the 2.4-litre engine or which drivetrains would be available to Australians, with Mr Christie saying “we haven’t even had the conversation with Japan about what our engine options will be”, but also that more information will become available “in the next 12 months”.

The first all-new Subaru to hit our market in some time will be the Outback at the end of 2020. The new SUV will match the look and tech features of its US-market twin, but will be in a “completely different specification” for our market.