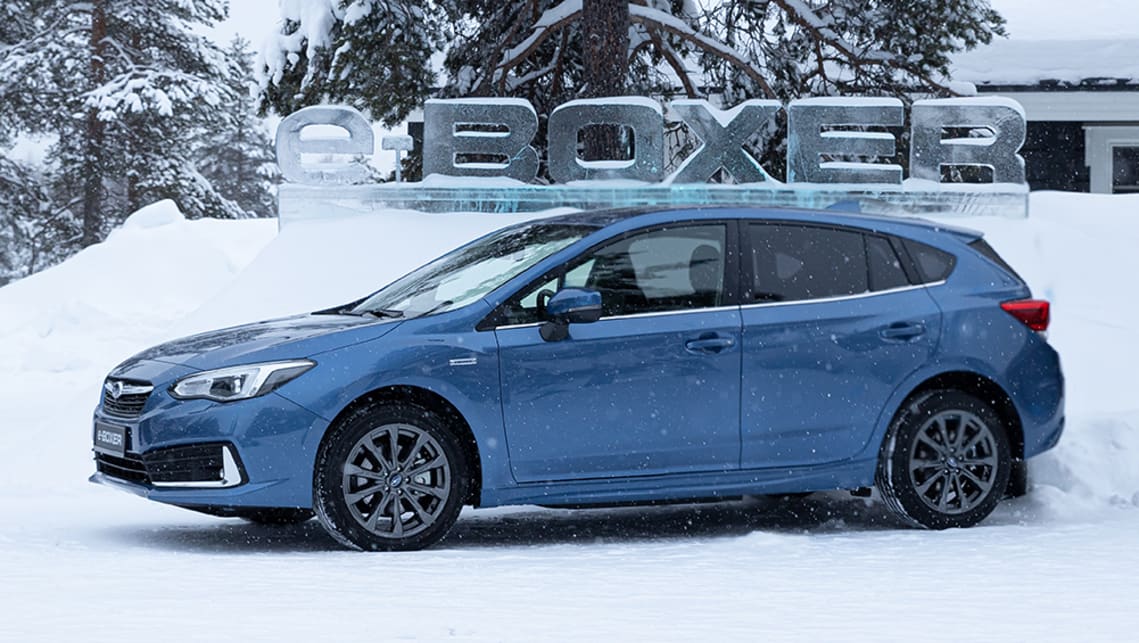 Subaru has revealed the electrified version of its Impreza small car, which could join the Forester and XV e-Boxer variants – that are due to launch in Australia this month – at a later date.

Shown during a special drive event in Europe, the Impreza e-Boxer hatchback and sedan also show off the revised look for the entire Subaru small car range, with new front and rear bumpers, and fresh head- and tail-lights.

Though the facelifted Imperza first appeared in August last year in Japan, this is the first time the e-Boxer variant has been seen.

Drive is sent to all four wheels via a continuously variable automatic transmission (CVT), while steering wheel-mounted paddles are also included.

Fuel economy is yet to be revealed for the Impreza, but the electrified Forester and XV return 6.7 and 6.5 litres per 100km respectively.

Inside, the new-look Impreza appears to carryover the same interior as before, with an 8.0-inch multimedia touchscreen, driver display and additional vehicle data screen.

Of note though, Subaru has also updated its EyeSight safety system to include a wide-angle front-facing camera.

All but the base Impreza grade in Australia is fitted with the EyeSight safety tech suite, which enables features such as autonomous emergency braking, lane-keep assist and adaptive cruise control.

If the Impreza e-Boxer does come to Australia, expect to pay a premium over the standard Subaru small car line-up that kicks off at $23,590 before on-road costs and tops out at $30,710.