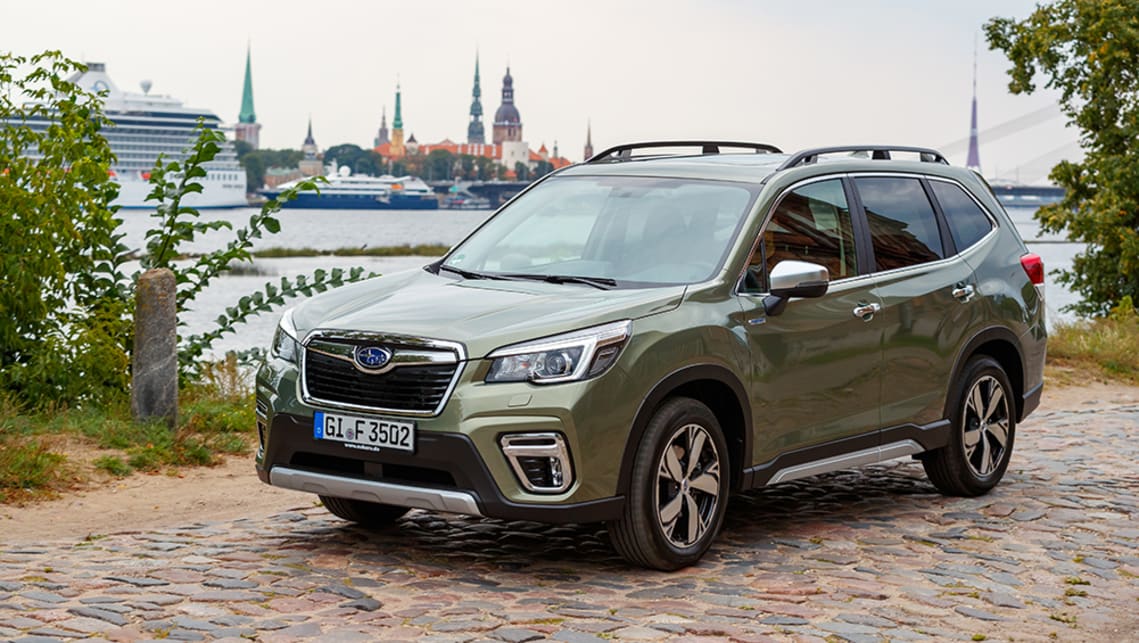 Subaru Australia has confirmed its first petrol-electric Forester mid-size SUV, aptly dubbed Hybrid, will arrive in March next year commanding a premium of at least $3000 over its petrol counterparts.

Available in two variants, the Hybrid is priced from $39,990 plus on-road costs in entry-level L form, while the S flagship costs $6000 extra.

Located under the boot floor alongside a drive motor inverter and a DC/DC converter, the Hybrid’s lithium-ion battery is self-charged via kinetic energy captured by regenerative braking and coasting.

Three drive modes are switched between while on the move: electric only (low speed), petrol and electric (mid-speed), and petrol only (high speed). The former is engaged at a standstill and when travelling at speeds up to 40km/h, depending on vehicle and battery condition.

While Subaru Australia is yet to officially issue its fuel-consumption claims, it says the Toyota RAV4-rivalling Hybrid performs more than nine and 19 per cent better on the combined and urban cycles respectively when compared to the Forester’s 136kW/239Nm 2.5-litre atmo four-cylinder engine.

The S is based on the Forester’s flagship 2.5i-S petrol version ($42,990) goes a step further with the pedestrian alert system, chrome exterior doorhandles, energy-flow display and blue illuminated instrument cluster as well as two SI-Drive modes (Intelligent and Sport), a black rear garnish and a leather-look instrument panel.

As with other Subaru Australia models, the Hybrid comes with a five-year/unlimited-kilometre vehicle warranty, but it also scores an eight-year/160,000km battery warranty.