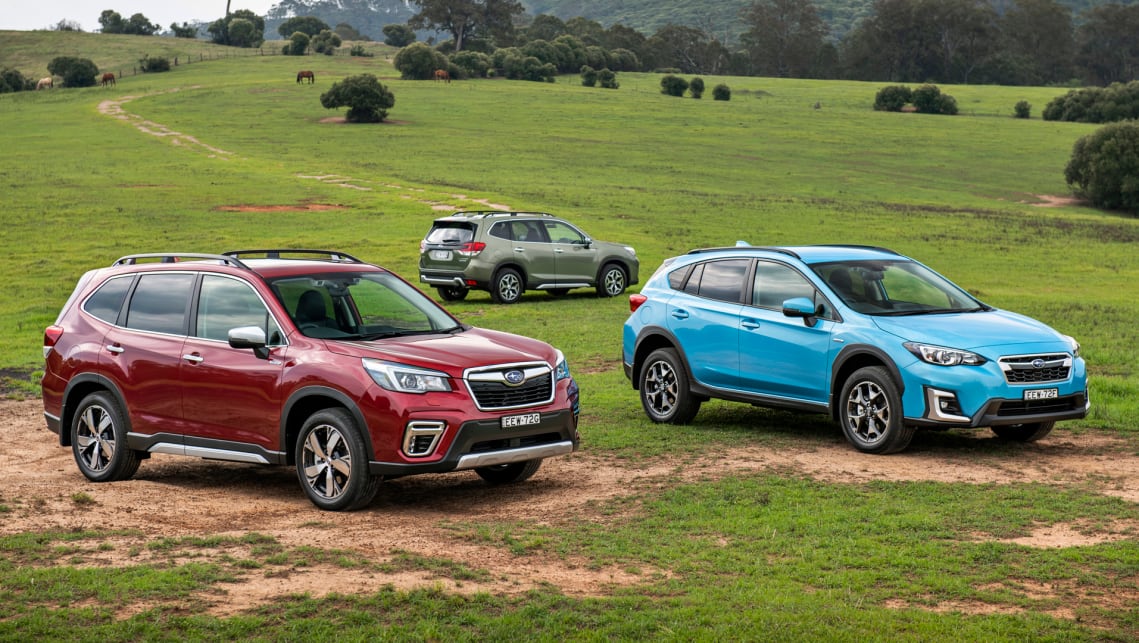 New Subaru Forester and XV 2020 Hybrid e-Boxers sold out: Here’s when you’ll be able to get your hands on one

Subaru Australia has launched its first electrified models with its Forester and XV e-Boxer hybrids, but the initial shipment is already all spoken for as demand far outstrips supply.

Subaru Australia’s managing director Colin Christie noted that the brand had received an unprecedented number of orders after announcing pricing for the models late last year.

This has exhausted the initial allocation of cars, with Subaru’s Ota, Japan hybrid factory line only able to produce “around 150 cars per month” across both XV and Forester.

This means those looking to get their hands on one of the new hybrid Subarus will have to wait until May at the earliest.

The Forester hybrid is available in two spec levels which mirror those in the existing petrol line-up.

The Forester is available in two variants which mirror ones in the non-hybrid’s existing range.

Both electrified Foresters replace the petrol version’s 2.5-litre engine with a 110kW/196Nm 2.0-litre unit that is paired to an 12.3kW/66Nm electric motor inside the transmission. The Forester’s spare wheel has been dropped to make way for a lithium-ion battery cell underneath the boot floor.

Meanwhile, the XV Hybrid is only available in one grade – described as a blend of mid-spec variants – from $35,580. It shares the same drivetrain as its Forester hybrid companion and reduces fuel consumption from 7.0L/100km to 6.5L/100km.

The XV is available in just one variant.

Subaru’s hybrid system is also said to enhance its X-Mode off-road capabilities to make the most of the electric motor’s instantaneous torque.

The brand’s representatives noted that the widespread acceptance (and subsequent 2019 sell-out) of Toyota’s RAV4 hybrid was likely largely to blame for the surge in demand for its new hybrid SUVs. “The pendulum has begun to swing toward hybrids,” said the brand’s senior product manager, Goran Popov.

Subaru has been affected by multiple supply issues, with its stock tainted by the stink bug shipping issue and cars being destroyed in a typhoon during 2019. Its Ota plant has been trying to catch up with demand ever since.

The brand noted at the launch that the Forester and XV hybrid were only the first step in the brand’s detailed plan to electrify its range by 2030. The Japanese automaker’s strategy will involve electrifying its existing nameplates, rather than create new ones – saying it hopes this strategy will keep its product familiar to existing Subaru loyalists.