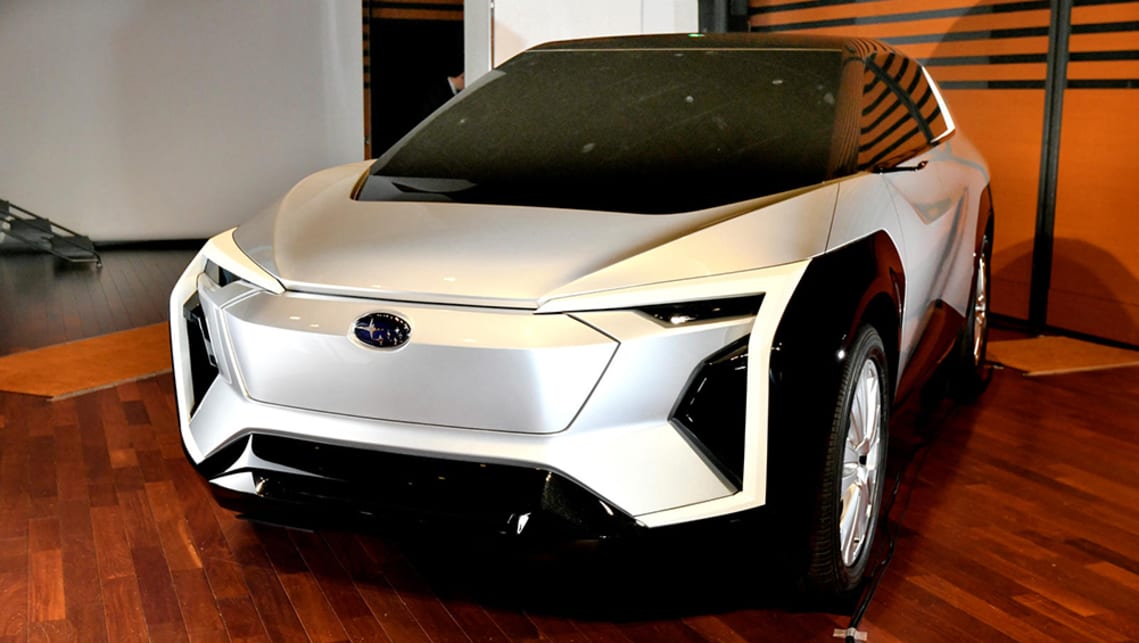 It is no secret that Subaru and Toyota are busy developing an all-electric SUV together, and a new report claims the former will name its mid-sizer Evoltis.

According to CarBuzz, the Evoltis will make its debut at the 2021 Tokyo motor show, which is currently scheduled for October, but given its release is expected to take place as early as 2025, there’s no guarantee it will appear in production form at the international event.

In January, Subaru revealed a design study of the all-electric SUV at a technical meeting in Japan, and CarBuzz claims the production versions will look more aggressive than the concept due to its larger hexagonal grille and stretched LED headlights.

CarBuzz also reports the Evoltis’ two electric motors will together produce at least 209kW of power, while its “high-capacity lithium-ion battery” will provide 499km of driving range. And being a Subaru, it will come with all-wheel drive as standard.

For reference, the all-electric SUV won’t be the only Subaru model to be named Evoltis, as Top Gear Philippines reported in January that the US-market Ascent large SUV will be rebadged as such for local sales, which start in the third quarter of this year.

Subaru filed a US trademark application for the Evoltis name in 2018 but is yet to officially use it in the public domain. The company is yet to make a similar move with the federal government’s IP Australia office.