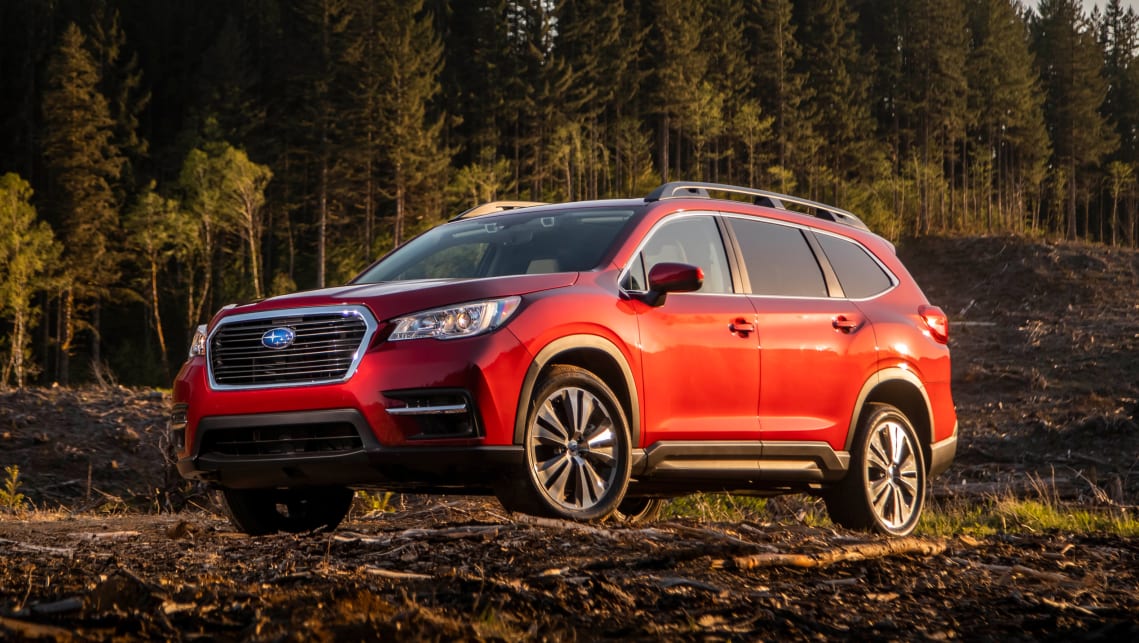 New Subaru Ascent 2020: Brand would “sell high volumes” of Mazda CX-9-rivalling seven-seater in Australia if it could

Subaru’s new-generation family of SUVs and performance cars is set to be refreshed over the next few years with new versions of the Outback, Levorg and WRX confirmed to hit Australian shores.

However, a glaring omission from the brand’s local operation is the internationally available Ascent SUV which would allow it to compete more readily with the likes of the Hyundai Santa Fe as well as seven seat versions of the Honda CR-V and VW Tiguan.

When queried on how much Subaru’s Australian arm would like to offer the Ascent Down Under, the brand’s managing director, Colin Christie, told CarsGuide: “It’s probably the most common question we get. We would love that car in our market, we think we’d sell really high volumes of that product.

“The reality is we’re one of only a few right-hand-drive markets which would have an appetite for it at that scale. The Ascent is unfortunately not on any product plan I’ve seen,” he said.

The Ascent is apparently not part of the plan for Subaru’s Australian operation.

The Ascent is a US-market specific offering first released in 2018. It sits size-wise above the Outback and Forester, is offered in either seven- or eight-seat layouts, and lives on the brand’s most recent SGP underpinnings.

It also has a new engine not yet offered in any Subaru model in Australia, a 2.4-litre turbocharged four-cylinder boxer producing 190kW/376Nm. It is mated to a CVT automatic and drives all four wheels.

The Ascent has most of the latest Subaru tech.

A form of this 2.4-litre engine is also rumoured to be making its way to the second-generation BRZ and Toyota 86 sports cars, as well as the next WRX and WRX STI.

The Ascent is built exclusively for the US market at its Lafayette, Indiana plant. Interestingly, the Ascent’s ill-fated Tribeca predecessor (which sold poorly in the US) was also built at this plant and exported to our market, however, Mr Christie’s comments shut the door on the chance of a similar situation for the time being.

The Ascent is even offered as an eight-seater in America.

The Ascent might not be the only Subaru casualty in the ongoing left-hand-drive vs right-hand-drive production struggle, with the new-generation Liberty already offered in America also having a cloudy future.

Mr Christie said the brand’s Australian arm had “a tough decision” ahead of it in the coming months on the topic of Liberty, acknowledging that the brand was mainly focused on the late 2020 or early 2021 launch of the Outback, and that the medium sedan segment was a “tough” one in Australia.