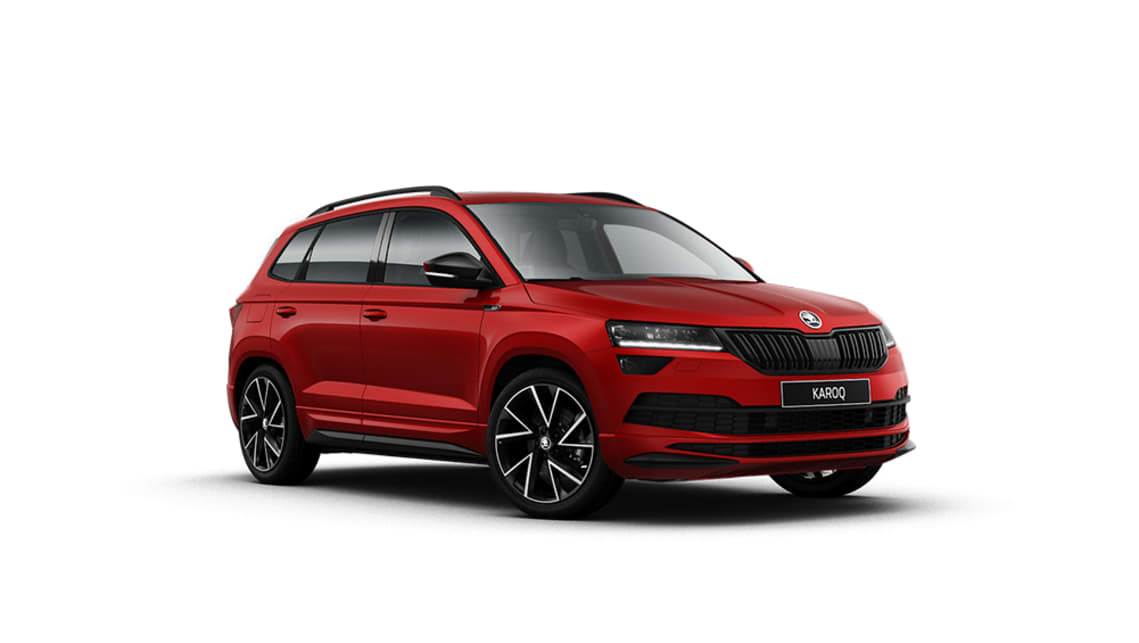 Skoda Australia has announced its MY20 Karoq line-up due in the second quarter next year, with the small SUV adding a new flagship with a punchier engine, all-wheel-drive grip and sportier looks, while its entry-level version has received an unexpected heart transplant.

As its name suggests, the range-topping 140TSI Sportline is powered by a 140kW/320Nm 2.0-litre turbo-petrol four-cylinder engine that’s mated to a seven-speed DSG dual-clutch automatic transmission.

It stands out from the Karoq crowd with 19-inch Vega alloy wheels and a black-accented body kit, while a sports steering wheel, stainless-steel pedals, perforated leather upholstery and LED ambient lighting are found inside.

While the Karoq launched in Australia in June last year in front-wheel-drive 110TSI form, the 1.5-litre turbo-petrol four-cylinder engine powering it is no more locally, replaced by a 1.4-litre unit producing the same 110kW/250Nm outputs.

At the same time, the 110TSI’s seven-speed DSG has been swapped out for an eight-speed torque-converter automatic transmission sourced from Aisin.

The powertrain changes were made due to 110TSI’s original combination being prioritised for markets subscribed to the stringent WLTP and Euro6 regulations, of which Australia is not one.

As a result, the 110TSI’s claimed fuel consumption on the combined-cycle test has risen from 5.8 litres per 100 kilometres to 6.6L/100km, partly due to the removal of cylinder deactivation technology.

According to the Czech company, pricing and full specification details for the MY20 Karoq line-up will be released early next year. For reference, the current 110TSI version is priced from $32,990 plus on-road costs.