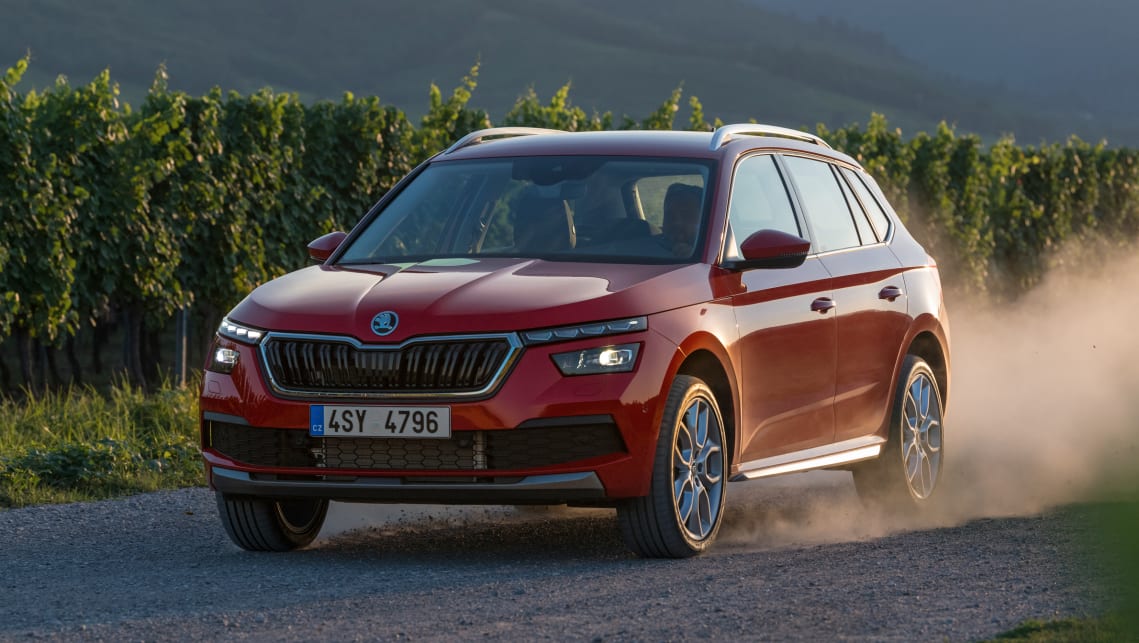 Despite worldwide virus-related shipping and production issues plaguing the world’s car manufacturers, Skoda says its Kamiq small SUV will still be arriving on time “around June”.

Skoda places high hopes on the Kamiq, which is perhaps the brand’s most significant model launching this year to the increasingly busy small SUV segment.

The brand’s spokesperson, Kurt McGuiness, told CarsGuide while the brand doesn’t have any specific sales expectations to share right now, as the Kamiq is a far more competitively specified small SUV to the oddball Yeti that came before it, Skoda’s hopes are high in the important small SUV segment.

We expect Skoda will follow its modus operandi of launching the Kamiq in two spec levels, a basic car, and a sportier variant, each able to be transformed with significant packaged options.

The Kamiq shares its MQB underpinnings with many other VW group products, but CarsGuide understands its configuration is closest to the incoming VW T-Cross. For perspective, the Kamiq will be longer but narrower than VW’s soon-to-arrive T-Roc small SUV.

Boot space will come in at a healthy 400L, and you can expect an updated multimedia system with Apple CarPlay/Android Auto support and at least the option of a digital dash cluster.

The Kamiq will ride on VW’s small SUV underpinnings.

There are a plethora of petrol and diesel engines overseas, but we think the most likely for our market will be either the 85kW/200Nm 1.0-litre three-cylinder turbo option shared with the T-Cross, or more likely the 110kW/250Nm 1.5-litre four cylinder turbo petrol that will also power the Scala hatchback.

The Kamiq will join a new-look Skoda line-up for 2020, which also includes the Rapid hatch-replacing Scala, an overhauled Superb range due late in the year, and the addition of the higher performance Karoq 140TSI and Kodiaq RS variants.

Stay tuned for detailed pricing and spec as we draw closer to the Kamiq’s June/July launch window.