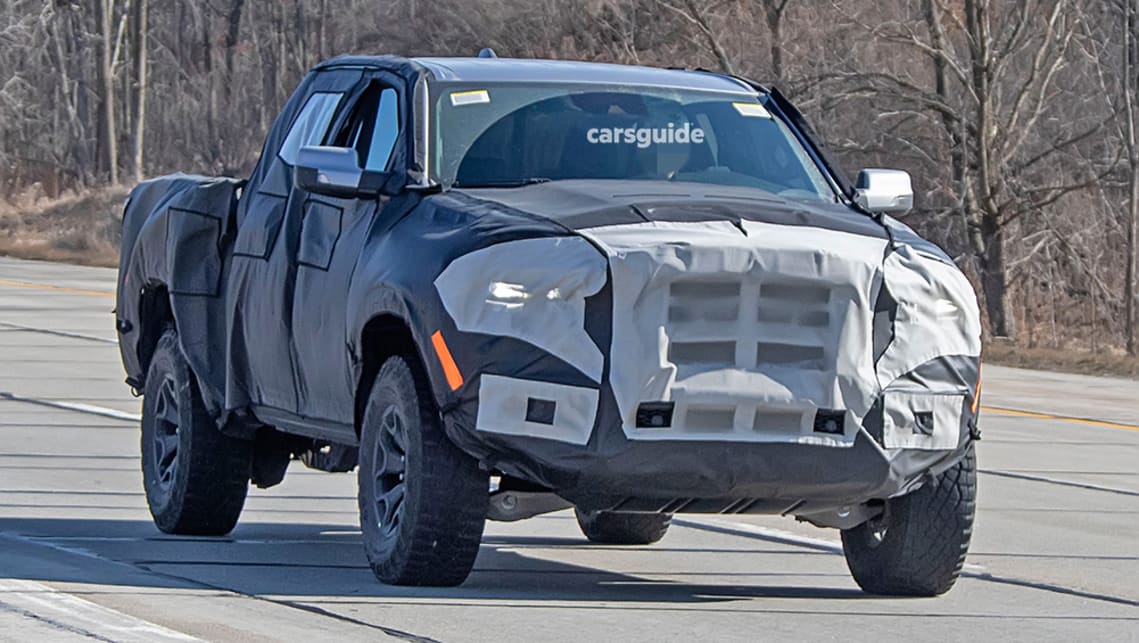 Ram will soon have a rival for Ford’s legendary F-150 Raptor full-size pick-up, with these spy photos indicating the 1500 TRX is close to finishing development, and all reports indicate it will be powered by a hard-hitting supercharged V8 engine.

The high-performance bent eight in question is already found under the bonnets of the Jeep Grand Cherokee Trackhawk large SUV and Dodge Challenger SRT Hellcat sports car, among other members of the Fiat Chrysler Automobiles (FCA) family.

In these applications, the 6.2-litre Hemi unit punches out at least 522kW of power, or 700hp in the old money. Either way, it produces supercar-scaring grunt.

And that’s before you consider how much torque it develops. With at least 868Nm on tap, this supercharged V8 is almost capable of moving mountains.

The latest report confirming the 1500 TRX’s engine comes from TheFastLaneTruck, which published an image of what an anonymous source claims is its VIN (Vehicle Identification Number) plate.

The decorative item will supposedly be located on the tough truck’s centre console, with it referencing its supercharged 6.2-litre Hemi unit, which will likely be mated to an eight-speed torque-converter automatic transmission and a four-wheel-drive system.

In fact, it goes a step further by confirming that the supercharger is of the 2380cc twin-screw variety, which just so happens to be the same size as that in the Grand Cherokee Trackhawk and Challenger SRT Hellcat.

The 1500 TRX test mule shown in these spy photos gives little away thanks to its extensive camouflage, although its expected dual-cab configuration can be glimpsed ahead of its expected reveal later this year.