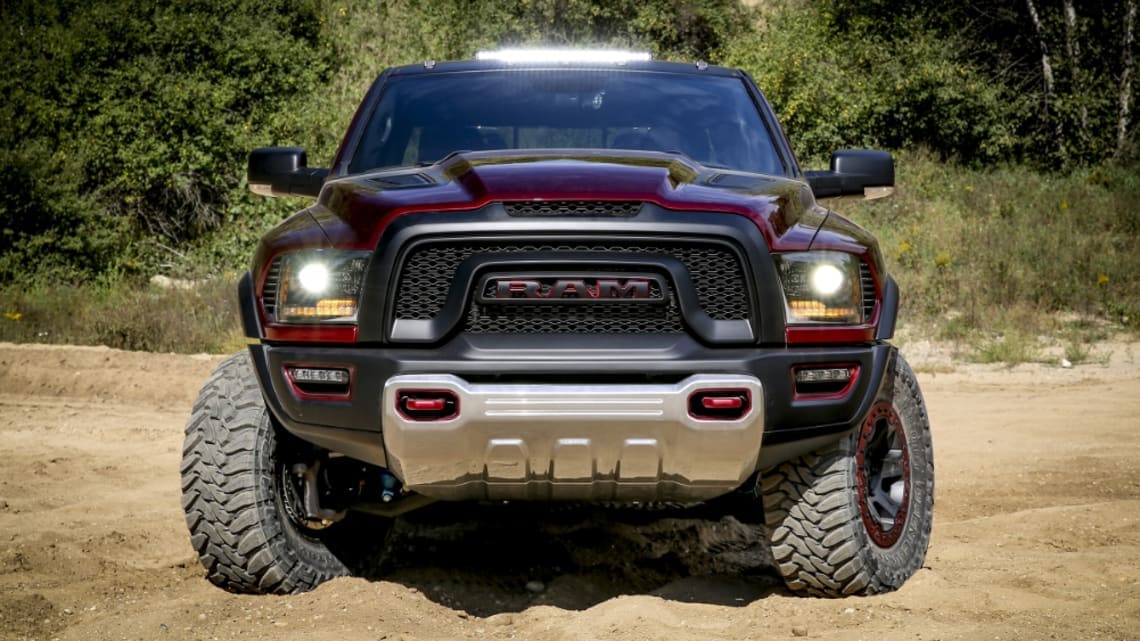 The RAM TRX could be revealed as early as June ahead of a September production date, with international reports confirming the Ford F150 Raptor-rumbling mega truck is readying for launch.

That’s the word out of US outlet Mopar Insiders, which is reporting that American dealers are already being allocated stock of the ultimate monster truck.

It is now thought Ram will use its scheduled “What’s New?” media event in June to reveal the TRX, after earlier plans to use the Detroit Motor Show as the launch pad fell through.

The Ram TRX is a giant of the ute world, borrowing the supercharged 6.2-litre V8 Hellcat engine used most recently in the Jeep Grand Cherokee Trackhawk.

That should mean some 527kW and 868Nm of grunt, which will be fed to all four wheels. According to International reports, you can expect Bilstein shocks, bigger brakes and ARB Air Lockers, too.

And it’s got the Ateco Group’s Ram Trucks Australia very interested. Like the rest of the Ram fleet here, the vehicles would be imported into Australia in left-hand drive before being locally converted at Walkinshaw’s world-class facility in Victoria.

And given that means we don’t need to wait for factory RHD production, it means that, once the TRX is green-lit for Oz, it could be as simple as shipping cars over here.

“There’s no shadow of a doubt that we would be open to investigating the opportunity to bring that vehicle to Australia. There’s no question,” a Ram Trucks spokesperson told CarsGuide.

“In Australian, performance cars are highly sort after, and if you put that against the positive acceptance we’ve had to our brand, then I think there would be a market for it.”