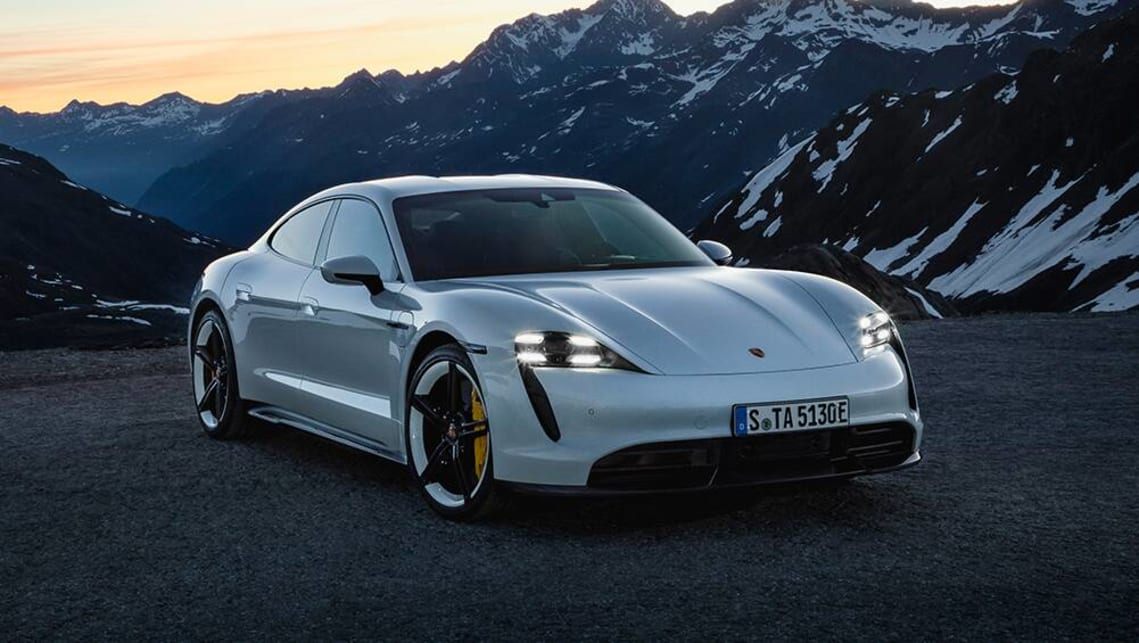 New Porsche Taycan 2020: What we know so far about the all-important electric car

Local interest in the famous German maker’s technical tour-de force is high, and we’ve pulled together everything you need to know about this ultra-fast four-door prior to its Australian launch in the fourth quarter of 2020.

Porsche’s Australian PR chief, Chris Jordan, told CarsGuide “we really are launching it as a true Porsche. The tagline is ‘Soul Electrified’ and we’re saying it has the soul of a Porsche”.

“It’s a performance product. There’s no sub-brand. It’s a nameplate sitting alongside all the others. The best compliment you can pay Taycan is that it’s a true Porsche,” he said.

Porsche Australia has confirmed Taycan will launch here in three model grades – 4S, Turbo and Turbo S. And even though exact specification for each won’t be announced until early 2020, CarsGuide understands pricing will range from around $200,000 for the 4S, through $300k for the Turbo, to roughly $350k for the Turbo S.

Porsche raised eyebrows (and copped a sarcastic tweet from electric car competitor Elon Musk) in response to its decision to stick with Turbo and Turbo S branding for the high-performance Taycan models, as turbochargers clearly aren’t compatible with electric motors.

But the marketing team in Stuttgart believes Porsche’s historical connection with the word ‘Turbo’ and the high-performance connotations that go with it, override any technical confusion.

The Taycan 4S will be offered in two versions – Performance (390kW) and Performance Plus (420kW), the former featuring a single-deck 79.2kWh battery, and the latter a double-deck 93.4kWh unit (as per the Turbo and Turbo S).

These battery packs power two synchronous electric motors, one each on the front and rear axles, providing all-wheel drive, with a two-speed transmission at the rear.

It has a curved digital instrument display, and a 10.9-inch media screen.

A Porsche wouldn’t be a Porsche without rapid straight-line acceleration, and both Taycan 4S models are claimed to sprint from 0-100km/h in just 4.0sec.

The 4S is wrapped in a unique bodykit and rolls on 20-inch ‘Sport Aero’ rims, with red brake callipers hiding behind them, and stopping power is impressive.

The marketing team in Stuttgart believes Porsche’s historical connection with the word ‘Turbo’ and the high-performance connotations that go with it, override any technical confusion.

The 4S’s 360mm ventilated front rotors are clamped by six-piston callipers, and the rear 358mm discs are fitted with four-piston units.

Weighing in at just under 2.3 tonnes, it’s claimed to rocket from 0-100km/h in a hypercar rivalling 2.8sec, and Porsche’s ‘Ceramic Composite Brake’ set-up is standard.

Porsche says dealer readiness for Taycan’s Australian arrival is “something that’s been going on for years.”

Mr Jordan told CarsGuide “all our dealers are equipped to sell plug-in hybrid [Panamera and Cayenne], so they’re already in that space with chargers in the dealerships and relevant service training. There are 14 dealers in the national network and they will all sell [Taycan].”

Local head of product planning for Porsche Ingo Appel, added “eith plug-in hybrid we have ‘high-voltage’ technicians able to work on a car with a high-voltage battery, which requires upskilling, and there will be similar with the Taycan.”

Without revealing exact numbers, Mr Jordan says pre-release interest in Taycan has been strong locally, with an ‘expression Of interest’ program operating through the brand’s dealer network.

Asked if prospective Taycan buyers are mainly existing Porsche owners or newcomers to the brand, Mr Jordan said “at the moment, on our expressions of interest, it’s around half and half.”

“We’ve got a lot of existing 911 and even Cayenne owners. I think they’re the two most popular Porsche models we’ve seen translate, and people new to the brand, as well,” he said.

“We won’t take a firm order until we’ve announced price and spec [in early 2020], so at this stage they’re just expressions of interest. You put down $2500, but you can get it back at a moment’s notice.”

Pressed on where the newcomers are coming from, Ingo Appel added “there are certainly some current EV drivers interested in the Taycan’s arrival”, and on the question of whether they might be Tesla owners, he laughed and gave a rye smile, tacitly acknowledging that a decent proportion of them are.

The Taycan incorporates an industry first 800-volt charging system (400-volt is more common), with Porsche claiming an 80 percent recharge is possible in “less than 15 minutes.”

Porsche also says in just over five minutes, the battery can be recharged (using DC from a high-power charging network) for a range of up to 100km.

And with Tesla, the NRMA and others populating the local landscape with field charging hardware, compatibility and private charging options for owners are critical factors.

Ingo Appel said: “On the AC charging side it will be a Type 2 plug, as used by most of the German OEMs. And the DC will be the CCS 2 plug, and it’s likely we’ll see CHAdeMO (CHArge de Move or charge ‘n’ go).

“Home charging is definitely one of the main focus points. We estimate that 80-90 per cent of charging will happen at a customer’s house if they can charge there.

“In the case they can’t charge there it might be alternatives at their workplace, or where they regularly park the car.”

The Taycan incorporates an industry first 800-volt charging system (400-volt is more common), with Porsche claiming an 80 percent recharge is possible in “less than 15 minutes.”

“We already do something we call ‘Home Check’ with our plug-in hybrids, where the dealer checks the readiness of your house, and we’ve got plans to take that to the next level for Taycan in 2020,” he said.

“In terms of dealers, all our Porsche Centres have chargers and we’re working with them on their readiness.

“We’ve started installing Porsche destination chargers on the outskirts of metro areas. For example, we’ve got one at St Andrews brewery, which is around 150km out of Melbourne.

“We’re also doing it in metro areas in Wilson Parking facilities. The first one we installed was in Eureka Tower in Melbourne.

“And although we’re not able to confirm anything yet, we’re also working on highway fast-charging.”

The Taycan was revealed simultaneously in three locations chosen to express the breadth of the Porsche brand’s global reach and illustrate the new model’s environmental intent.

Niagara Falls, on the border between the US state of New York and the Canadian province of Ontario represented hydro-power, a solar farm in Neuhardenberg near Berlin, Germany, represented solar power, and a wind farm on Pingtan Island, on China’s east coast, represented wind power.

Taycan is a broad translation of the Turkish phrase “lively young horse”, a tip of the hat to the rearing black stallion on the Stuttgart coat of arms and Porsche crest.

The first derivative to be added will be the Taycan Cross Turismo, scheduled for international launch in late 2021.

Pre-production prototypes of the high-riding wagon have been spotted regularly undergoing high performance development on the Nurburgring Nordschleiff and cold weather endurance testing in the Arctic Circle.

Porsche claims that by 2022 it will have invested more than six billion euros ($9.7B AUD) in electromobility.