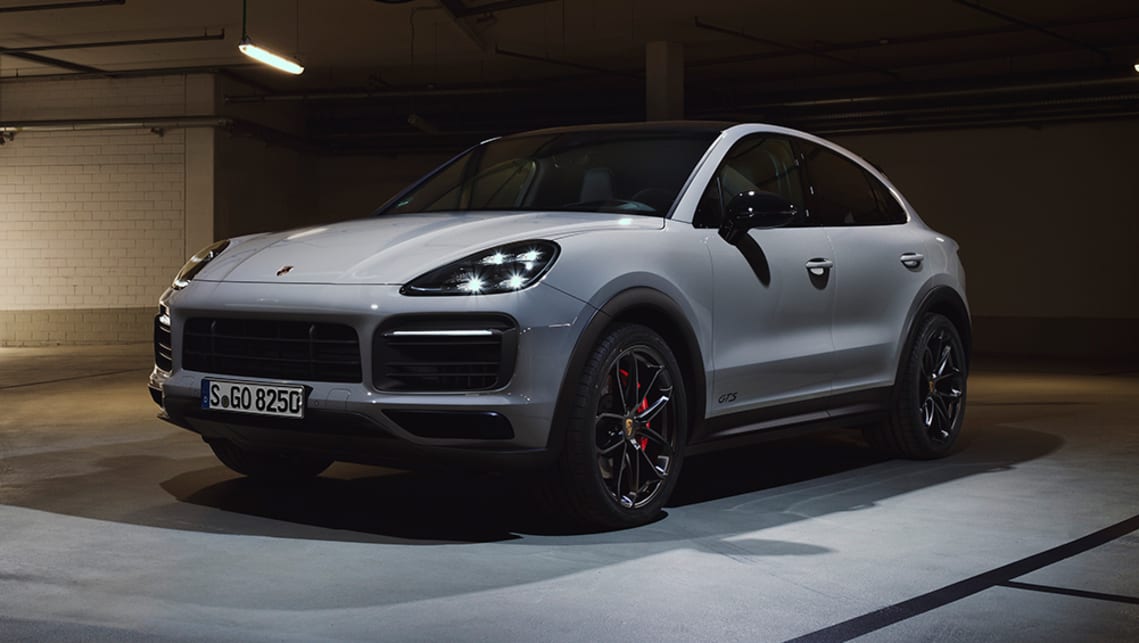 Porsche has brought the V8 engine back to the Cayenne GTS large SUV in its third generation, which is due in Australian showrooms in the fourth quarter.

While the second-generation GTS was powered by a 324kW/600Nm 3.6-litre V6 unit, its successor follows in the tyre tracks of the original mode with eight cylinders in a V formation.

The engine in question is a 4.0-litre twin-turbo unit that punches out of 338kW of power and 620Nm of torque. If it sounds familiar, that’s because the same unit is found under the bonnets of the current Cayenne’s Turbo and Turbo S E-Hybrid flagships.

As with its siblings, the GTS is mated to an eight-speed torque-converter automatic transmission and features Porsche’s all-wheel-drive system with torque vectoring.

This performance is accompanied by the sports exhaust system’s booming soundtrack. That said, an even more aggressive set-up is available, trading the standard quad tailpipes for two centrally positioned items.

In Australia, the GTS will be available in two body-styles for the first time, with the wagon and coupe priced from $192,900 and $198,200 plus on-road costs respectively.

Options for the BMW X5 and X6 rivals include rear-wheel steering, active anti-roll bars and a carbon-ceramic brakes package.