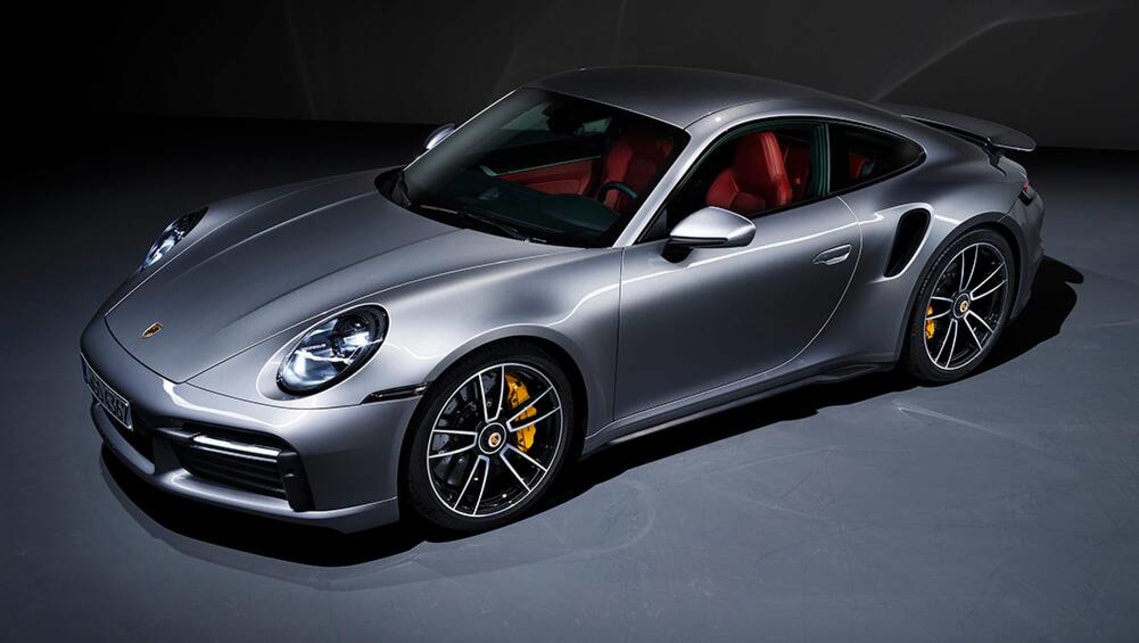 Porsche has lifted the lid on its new 992-series 911 flagships, the Turbo S in Coupe and Cabriolet form, which will land in Australian showrooms in the second half of the year.

However, the 911 Turbo S is fitted with a twin-turbo 3.8-litre flat six that outputs 478kW/800Nm – a 51kW/50Nm increase over its predecessor thanks to a new cooling system, larger turbos and piezo injectors.

With drive sent to the all four wheels via an eight-speed dual-clutch automatic transmission, the new 911 Turbo S will need just 2.7 seconds to blitz the zero-to-100km/h sprint, which is 0.2s quicker than before.

Wheels are double staggered, measuring 20 inches in the front and 21 inches in the rear, with 255/35 and 315/30 tyres fitted respectively.

More aggressive bodywork also features, which include adaptive aerodynamics, four intakes to feed cool air to the engine and a functional rear wing.

Sitting between the front passengers is 10.9-inch PCM multimedia touchscreen with digital radio outputting to a Bose surround system, while a Sport Chrono package is also standard.

Options include the Porsche Active Suspension Management (PASM) chassis that lowers the Turbo S by 10mm, and a variable sports exhaust.