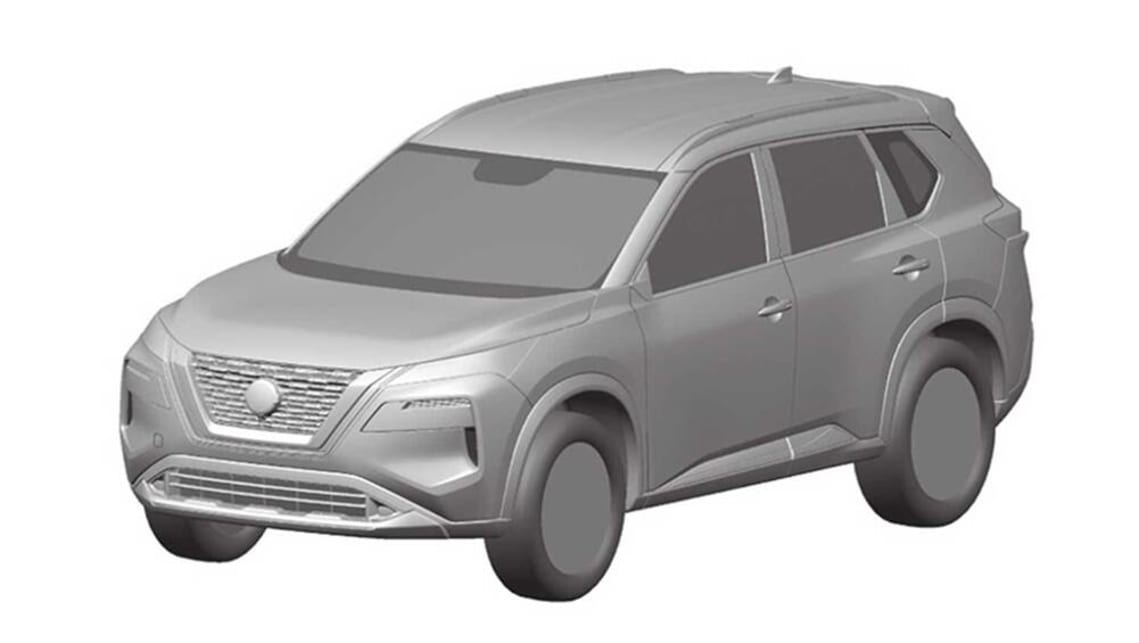 A patent application has given us the first proper look at the next-generation Nissan X-Trail mid-size SUV, which is due to be officially revealed by the end of the year.

Though the vehicle is unnamed, the obvious V-motion front grille alludes to its Nissan underpinnings, while the chunky lower front bumper also hints at its go-anywhere potential.

The profile and rear pictures don’t reveal much of the new X-Trail, but slimmer tail-lights, prominent rear scuff plate and subtle rear spoiler can be glimpsed.

Little else is know about the new X-Trail at this point, but rumours are pointing to an all-digital instrument cluster, as well as upgrades to in-cabin technology and safety.

However, outputs are expected to be improved to better take its rivals including the Mazda CX-5, Toyota RAV4 and Hyundai Tucson.

The continuously variable automatic transmission is also expected to be carried over to the new-gen X-Trail.

What remains to be seen however, is if Nissan offer an electrified powertrain to take on the Toyota RAV4 and Subaru Forester hybrids.