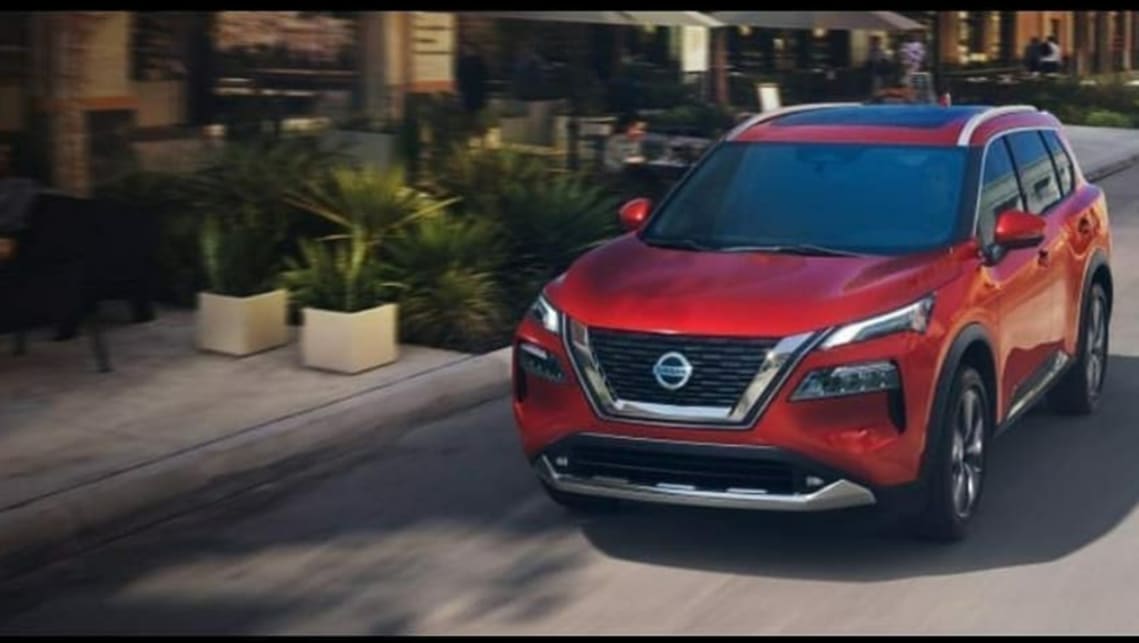 The front lighting elements have now been split, similar to the first-generation Juke, with the top LED strip relegated to the daytime running lamps and the lower half for the low- and highbeams.

At the rear, the X-Trail – or Rogue as it is known overseas and in these pictures – shows a sculpted rear bumper with large kick plate and a subtle roof spoiler.

However, one of the biggest updates to the new X-Trail appears to be the interior, as these pictures show a much more modernised, even premium-looking cabin.

The dashboard and door trims score a two-tone design, while a large floating multimedia screen sits between the driver and front passenger.

A wireless smartphone charger can be glimpsed, likely resigned to higher-spec grades, while a slimmed down gear selector, gloss-black trim and quilted leather seats add to the X-Trail’s interior ambience.

Engine details are yet to be revealed for the new X-Trail, but expect to see a mix of carryover powertrains and possibly even a hybrid or plug-in version as Nissan ramps up its electrification offerings.